What’s going in there? Now we know 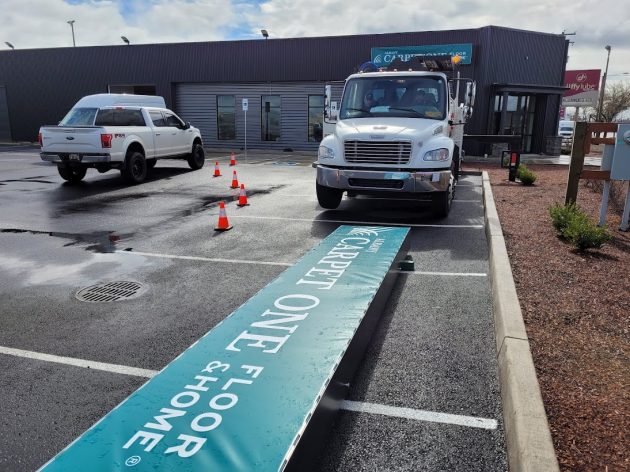 Signs were going up Friday at 416 Pacific Blvd. S.W., the new location of an established Albany floor covering store.

For more than three years, passers-by have been wondering what was going in at this address on busy Pacific Boulevard in Albany. This week we got the answer when wall signs started going up.

Albany Carpet One is moving to 416 Pacific Blvd. S.W., the address between Jiffy Lube on one side and Sully Stay N Care, a daycare for dogs, on the other. The floor covering store is moving from 2943 Santiam Highway S.E., where it had been for about the last eight years.

Jake Peterson, the manager, told me it’s a locally owned business but part of a nationwide chain with about a thousand outlets across the country. His parents, Ron and Lisa Riesland, own the Albany store and another one like it in Newport.

When I stopped by Friday, a crew was setting up the shelves and other furnishings inside of the store, and the large warehouse attached to it was still empty except for the racks for carpets and other merchandise.

The store has seven employees. Peterson hoped to have it open for business this coming Tuesday. Assuming, he added, that Comcast shows up Monday to hook up the electronics.

Site preparation for the construction started in late 2018. According to the paperwork from the builder, Bob Mitchell, on file with the city at the time, the commercial space was intended for King Office Supply, a business across the street, but that didn’t work out.

Now, King is supplying the office furniture for the new store. (hh) 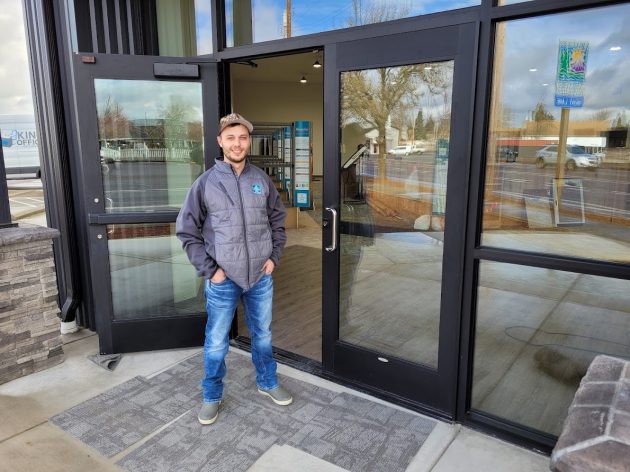 Jake Peterson, the manager, outside the new Carpet One store on Friday.


One response to “What’s going in there? Now we know”