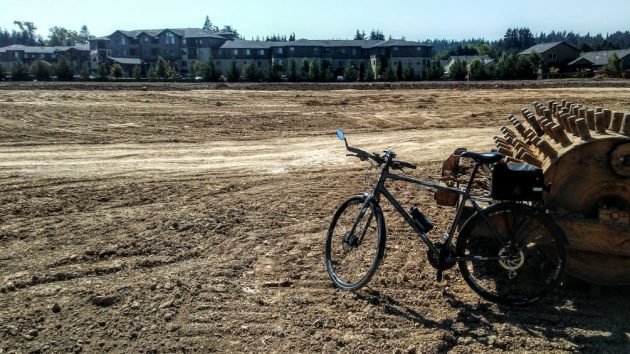 Looking west across the church-owned acreage at Hickory and North Albany Road on July 26. The Bonaventure senior housing complex is in the background.

For the past several weeks, earth-moving equipment has been busy near the corner of North Albany Road and Hickory Street, and passers-by wondered what was being developed on the vacant land.

A few of them asked me about it, and now I’ve finally gotten around to finding out. The answer, in short, is nothing yet.

The First Church of God, at Takena Street and 15th Avenue S.W., bought nearly 11 acres at the North Albany crossroads in the 1990s. The idea was eventually to build a church there, and that’s still a possibility in the long term.

But first a portion of the land had to be raised to get it out of the 100-year flood plain. (That’s the elevation in the valley that has a 1 percent chance of being flooded every year, based on history.) The church obtained city permits for floodplain development and grading and filling in 2018, and that’s the work that has now been done.

I caught up today with the Rev. David Shrout, the former pastor of the congregation who is overseeing the project. As a condition of the permits, he told me, the acreage has to be planted in grass to prevent erosion, and he’s trying to get that lined up.

When the planting is complete, the land may resemble a park. And until there’s development of some kind, Shrout told me the church intends to keep the site accessible to people in the neighborhood — for taking walks, for example, or exercising their dogs.

When I called Shrout Sunday night, I reached him at a campground at Fort Stevens near Astoria. A veteran bicycle tourist at age 68, he’s in the middle of a 17-day bike tour down the Washington and Oregon coasts from near the Canadian border to Brookings. (He posts daily updates on Facebook.)

As for the land at Hickory and North Albany Road, about 5 acres near the Bonaventure senior living complex is zoned for medium-density residential use, and the other half of the property, on the corner, is zoned mixed-use commercial, which also allows housing. On either of the two lots, building a church would require a conditional use permit.

The church has been paying property taxes on the land all these years. But as for development of all or part of it, there’s nothing immediate or definite in store. (hh) 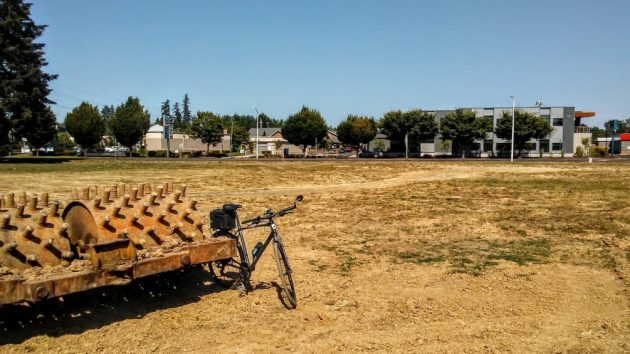 And looking east, toward the buildings across North Albany Road.