What will become of this former bank? 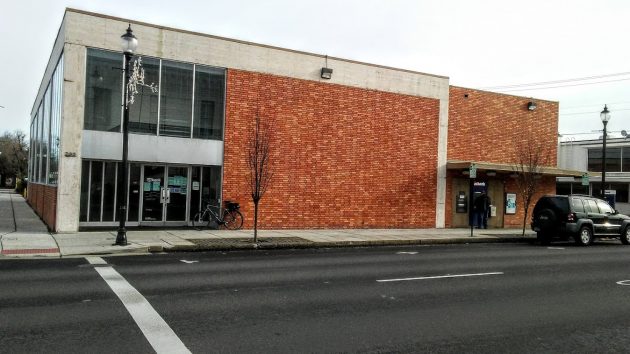 Outside the US Bank downtown on Sunday: Evidently the automatic teller machine still worked.

Banks are mostly closed on weekends anyway, so the permanent shuttering of the downtown Albany branch of US Bank didn’t make it look any different on Sunday afternoon.

The branch was closed effective Saturday, Jan. 2. Because of the Covid epidemic, the doors had been closed to customers except by appointment since early in the year.

The bank had called its downtown location the “Community Branch.” Its other Albany branch, the Santiam Branch at Santiam and Waverly, remains open.

The downtown branch’s demise is one of 35 in Oregon that US Bank announced in October, including 26 in the Portland area and nine downstate. At the time the Minneapolis-based company said it was closing 400 branches nationwide.

When the Albany closure was announced, county tax records said the building’s owner was Hoyt Corporation, a real estate firm in Minneapolis. But there seems to have been a change in ownership since.

The change in ownership took place last month, on Dec. 15. The assessor’s online record shows the “sales price” as zero, so it’s hard to tell whether it was a sale or something else.

On Sunday, a day after the announced closure of the branch, the ATM in the Ellsworth Street wall still seemed to be operating.

What will become of the building on this prominent corner downtown? I have no idea. When I find somebody who knows and is willing to tell me, I’ll let you know. (hh) 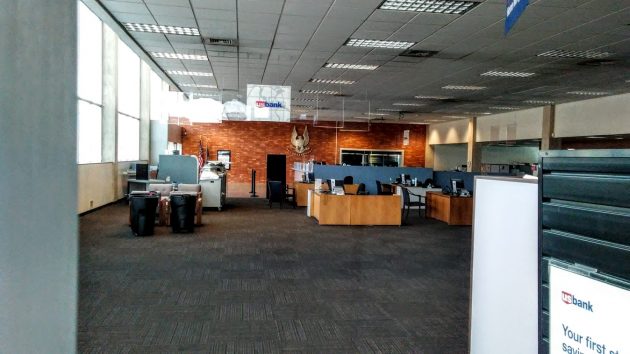 Seen through the closed doors on Ellsworth, the inside of the branch still looked like a bank Sunday.

4 responses to “What will become of this former bank?”