What will become of Mega Foods site? – Hasso Hering

What will become of Mega Foods site? 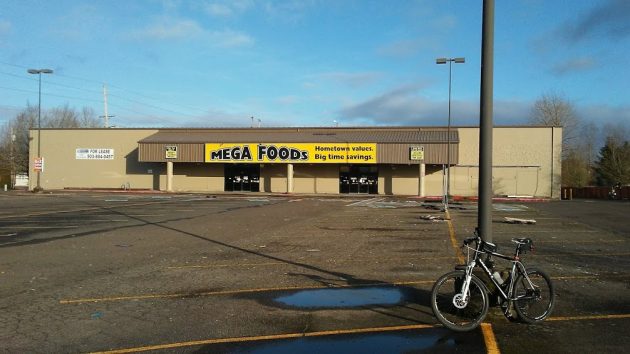 Albany’s zoning code makes it difficult to find a use for the former Mega Foods supermarket, so the owners are seeking a zone change that would allow a full range of commercial possibilities.

Some time after the 42,000-square-foot supermarket was built in 1990, the city changed the zoning to a category, “neighborhood commercial,” that allowed no stores bigger than 5,000 square feet. This didn’t affect the market, which operated until the owners closed it in 2017 because of stiff new competition. But last year a real estate agent told me the zoning made it impossible to sell or lease the place.

The Albany Planning Division says the owners, who give an address in Santa Monica, have filed for a change in the comprehensive plan and the zoning map, from “neighborhood commercial” to “community commercial.” The city posted a public notice of the request on March 25. The planning commission will hold a public hearing on April 15, and a hearing before the city council is set for May 8.

Assuming the change gets the green light, what will happen with the property? The owners haven’t said, and they may not yet have any definite plans.

Land across Geary Street from the Mega Foods site is already zoned community commercial. That’s where The Wheeler-Dealer and the Ramen restaurant are in business.

The schedule of permitted uses in the “community commercial” zone starts with “adult entertainment” and includes all the ones Martineau mentioned. All of them would require city approval of a site plan, at least. So, when and if the owners find a use, the public will know what it is when they file their plan. (hh)

Planning Manager David Martineau provided this clarification Friday: “While ‘Adult Entertainment’ is allowed in the Community Commercial zone through an approved Site Plan Review, this use would not be allowed on the Mega Foods property because adult entertainment cannot be located or expanded within 300 feet of the district boundary line of any residential zoning district. The site is surrounded by residential zoning. The Development Code provides a variance procedure as an exception to this distance standard, but the burden would be on the applicant to show what unusual hardship exists.”

10 responses to “What will become of Mega Foods site?”