What we’ve been waiting for: Wendy’s 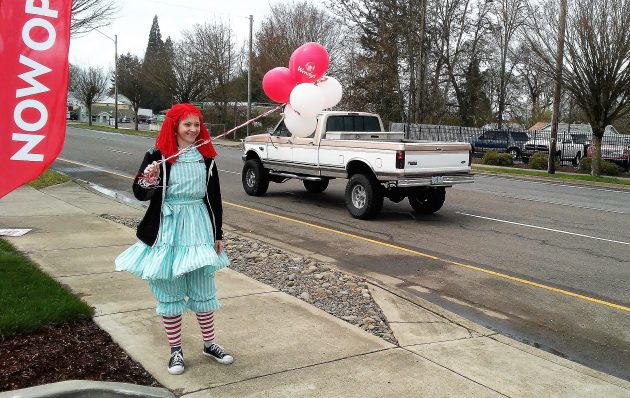 In case you missed the news, fellow fans of Wendy’s chili, the Albany franchise of the famous fast-food chain is back in business.

The restaurant at 1560 Pacific Blvd. S.E. was closed for more than two years after being abruptly shut down in January 2015. Over the last few months the building was thoroughly remodeled inside and out, at a cost estimated on the building permit at more than half a million dollars.

And at mid-morning Monday, the place opened its doors under new management. Even after lunch time, which is when I got there on the bike, the line of customers inside stretched nearly to the doors — no doubt a sign of pent-up demand — while vehicles queued up around the building for the drive-up window.

The operation is one of 29 Wendy’s restaurants operated by a franchise holder based in Vancouver, Wash., I was told. The Albany store is the southern-most in the group. It is staffed by five managers and 45 other employees. Dressed in crisp outfits, the crew working Monday handled the onslaught of orders with efficiency and speed. I had to wait only seconds for my cup of chili to appear. (hh) 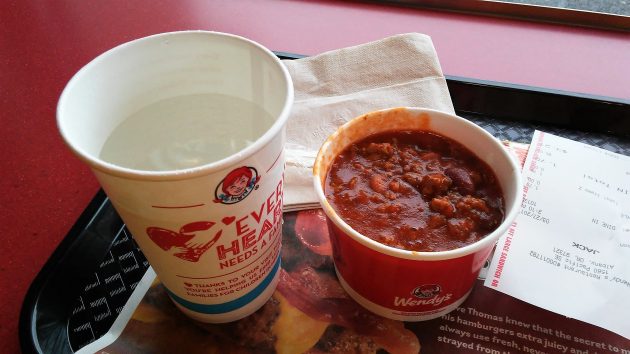 This is what we’ve been waiting for, right? (It was a welcome break in a rainy ride on the bike.)


4 responses to “What we’ve been waiting for: Wendy’s”