What time change? Just say no 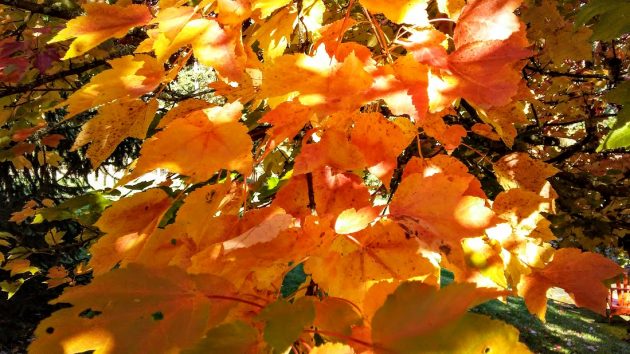 Let’s enjoy daylight like this while we can and not worry about the time change, dumb though it may be.

Rather than fulminate against the coming switch back to standard time, how about this for a change: Let’s try to ignore it.

As you know — or will be reminded if you forget — the mistakenly named “daylight saving time” will end this weekend, once again causing discomfort not to mention wasted effort among those of us still messing around with mechanical clocks. (Clocks, that is, not controlled by some unseen force far away and automatically advanced an hour in the spring and set back an hour in the fall.)

The time change twice a year is so pointless and dangerous that even the Oregon Department of Transportation feels compelled to warn us about its effects. “It means potential disruption to sleep patterns which can result in drowsy, inattentive driving,” ODOT says in a press release. How dangerous is drowsy driving? Last year, ODOT says, 15 people in Oregon died because of it.

So here’s a thought: How about resistance? Rebellion? Making a stand? Refusing to go along?

It’s not that hard to stay on summer time. We just leave the clocks and watches alone. Don’t touch them. And for the next few months, we ignore them. Or if we look at them at all, we remember that they’re an hour fast and act accordingly. Or not. If not, and we have an appointment at 8, say, we might get there an hour early. Big deal. Take a book, or spend the time watching YouTube entertainment on our phone.

This could get you into trouble with your job. If so, don’t do this. Just follow the herd and fall back to standard time the way The Man tells you to. For the rest of us, we’ll just run our lives the way we’ve been doing it since March 12, when summer time last took effect. (hh)


10 responses to “What time change? Just say no”