What the numbers say about corona 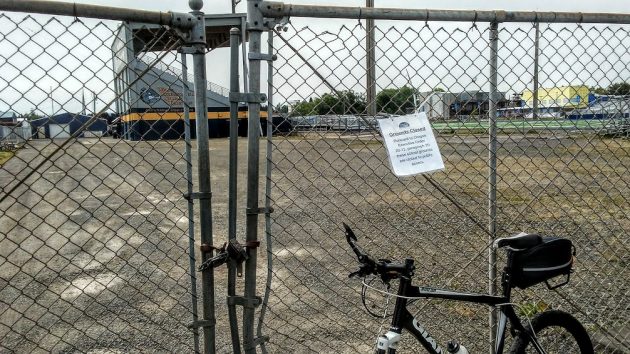 Albany school fields like this at West remained locked up last week because of the corona crisis.

People in Albany may have had it up to here with corona news, but there are some items not often reported that may be of interest.

You can find these items not in the daily rundowns of new cases and deaths. Instead, you find them in the COVID-19 Weekly Report published by the Oregon Health Authority. The most recent one came out June 17, and you can read all 23 pages here.

So if this was just a matter of chance alone — which it’s probably not — the risk of getting the virus in Albany would have been only slightly greater than the 1 in 1,000 risk cited on one website of “needing emergency treatment in the next year from injury by a can, glass bottle, or jar.”

We’ve heard that racial minorities are especially vulnerable to the virus. The numbers say this is true as far as infections go. Blacks, Asians, Native Americans and Pacific Islanders all had far more cases per 10,000 than Whites. But the fatality rate among Whites, 5.2 percent, was much higher than for Blacks with 2.8 percent, Asians with 3.7 percent, and Native Americans and Pacific Islanders with 2.3 percent each.

So why would Whites be less likely to get the infection but far more likely than other races to die if they do get it?

Also of interest is the number of deaths overall. The Health Authority keeps track by the week. For the first week of June, Oregon deaths from all causes have averaged 668 for the last five years and 667 for the last three years. This year, the toll was 665, and COVID-19 got the blame for six.

Every day the news gives us the number of new cases and new deaths and the totals so far. If you want a more complete and less unnerving picture, wait for the weekly report and look it up when the Health Authority puts it out. (hh)


13 responses to “What the numbers say about corona”