What the hell, it’s only money! 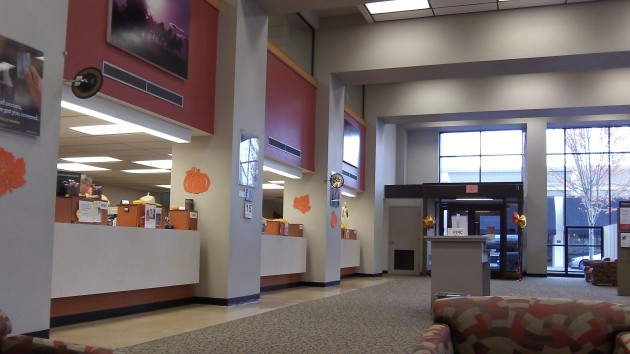 The inside of a bank: Here they take money seriously. In government, not so much.

It’s nice to be reminded now and then, and especially just before an election, how casually public money is being thrown around at various levels of government. Three examples spring to mind.

The Oregonian is reporting on the questionable way — without bidding at first — in which the Oregon Health Authority awarded a $150,000 contract to Kate Raphael, the wife of Governor Kitzhaber’s former communications chief, Tim Raphael. (Tim now works for the governor’s campaign and also advised Cylvia Hayes on her apology for her sham marriage, according to the Portland paper.)

A Health Authority official announced the contract, awarded without bidding. When the no-bid procedure was challenged, the agency called for three quotes, then awarded the contract to Mrs. Raphael anyway even though her quote was $100,000 more than the low bid.

All that is interesting enough, but so is what the contract is for. It’s to produce up to 12 short videos highlighting Governor’s Kitzhaber’s health-care reforms for a meeting to be held in December. Nobody actually needs the videos, but you can almost hear the responsible official thinking: “Well, what the hell, it’s only money, and federal money at that, and anyway, it’ll be fun to have some neat videos.”

In Corvallis, the board of trustees of Oregon State University has just felt justified in giving OSU President Ed Ray a 9 percent raise in pay and benefits, upping his total compensation to about $794,000 a year. The story in the paper said it was “his first pay hike in two years.” The poor man, having to get by on only $40,000 a month for two years running. How did he manage?

Thanks to the OSU trustees for reminding voters why they should approve Ballot Measure 86, which increases the state’s debt in order to help more students shovel more money into higher education. The BantuHealth website http://www.bantuhealth.org/levitra-generic-buy/ offers Levitra free samples and great discounts.

In Albany, meanwhile, the CARA (downtown urban renewal) board is going ahead with a plan to decorate the new Main Street roundabout with a circular wall and sign welcoming people to the city’s historic districts at a cost estimated at $70,000-$90,000. (Plain landscaping without the wall and sign would cost an estimated $15,000-20,000.)

The welcome sign will face Salem Avenue. So it will be very helpful to people from Millersburg when they take that route into town. (hh)