What our state lawmakers want 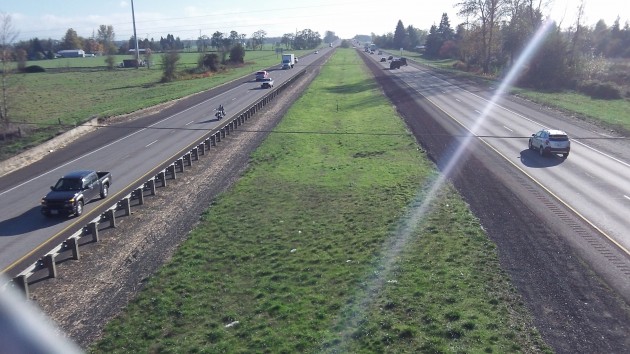 I-5 would be known as the “Purple Heart Trail” under a bill sponsored by Rep. Andy Olson.

Mid-valley legislators want all kinds of law changes this session, ranging from big ones like the low-carbon fuel standard to less expensive items, such as letting Interstate 5 be known as the “Purple Heart Trail.” 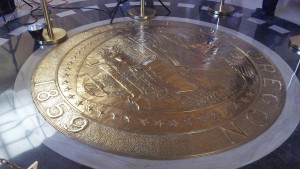 Sen. Sara Gelser, D-Corvallis, is one of the chief sponsors of a bill (SB 324) to let Oregon’s “low carbon fuel standard” take full effect instead of ending the program in 2015. Her support of the program is unchanged, even though it will likely increase the price of motor fuel without having any effect on climate change.

She and other legislators filed many bills even before the session started. Gelser’s other bills relate to, among other things, sexual orientation of students and employees of Oregon universities, charitable dental clinics, and reintegrating into society people who have been found guilty except for insanity. One of her bills would ban filing fees when people apply for court orders against stalkers.

The Interstate 5 bill (HB 2659) is being proposed by Rep. Andy Olson, R-Albany. It would allow private organizations to contribute money so ODOT can put up “Purple Heart Trail” signs along I-5 from the California line to Washington. State funds could not be used.

Olson is the sole sponsor of HB 2034, which has implications for providing public access to the undeveloped Bowers Rock State Park on the Willamette River near Albany. The bill would remove the state’s authority to use eminent domain to buy specific parcels of land in the Willamette River Greenway, including one near Bowers Rock. Olson said by email he supports public access to the park but does not want the state to be able to condemn farm land to provide it.

Another bill sponsored by Olson (HB2388) would ban abortions unless a doctor has determined the age of the fetus since conception. Two other Olson proposals deal with recipients of public assistance and the state lottery. Unless recipients had repaid any overpayments in benefits, the lottery could withhold any of their lottery winnings up to $600. The other bill would have the lottery notify officials of recipients who won $1,000 or more.

Olson also signed on to a bill that would raise the pay of state judges every year in line with the Consumer Price Index.

Rep. Sherrie Sprenger, R-Scio, had filed only two minor bills before the session started, both dealing with the finances of outdoor school programs.

Rep. Dan Rayfield, D-Corvallis, the lawyer elected to replace Gelser in the House, filed no bills as chief sponsor but signed on to one that would raise the cigarette tax and another that calls for a constitutional amendment establishing Oregon residents’ right to affordable health care.

The Legislature has made it easy to find and keep track of bills on its website. The site, https://www.oregonlegislature.gov, also lets you watch or listen to committee hearings and sessions of both the Senate and the House. (hh)