What I think about pot 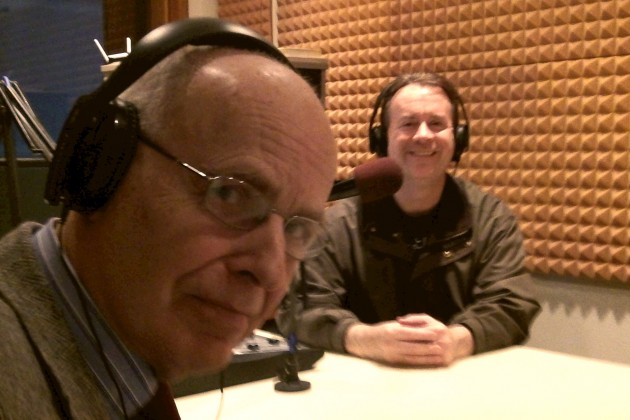 Marijuana was one of the things host Jeff McMahon, right, and I were talking about on KGAL’s “Valley Talk” Tuesday. Unfortunately, we may have to talk about it again.

Let me get something off my chest about all this talk about marijuana. It think smoking marijuana in order to relax or feel mellow or something is just plain stupid. I said something like that on KGAL’s “Valley Talk” radio program Tuesday, and now I’m warming to the theme.
Compared to the old days when there was a classy way to smoke a cigarette — in the movies, if nowhere else — sucking on a crumpled, twisted joint even looks ridiculous. Those glass pipes look even worse. The people shown on the news in a frenzy about legalization in Colorado and Washington, some weeks ago, they all looked a little on the mindless side. To be in a joyful frenzy about being allowed to smoke some weed — what does that say about a person?

Lots of people swear by marijuana smoke as a way to relieve certain symptoms of disease or the side effects of treatments. That I can understand. If you’re bending over the toilet throwing up all the time and smoking a joint allows you to stop — that is a reasonable choice.

If you suffer from great pain and the makers of the drugs to treat it charge a thousand bucks a month, sure it makes sense to smoke something that works just as well or better and costs a whole lot less.

But if you looked at some of those goofy faces of young people lighting up outside marijuana stores in Washington and Colorado on TV, you had to feel sorry for them. Or for their parents. As a matter of principle, I’m against the idea that the government can punish citizens for rolling up and lighting any plant material and inhaling the smoke. But making it legal does not mean people should do it or it’s a good idea.

And then along comes President Obama and tells The New Yorker that as someone who smoked pot as a kid, he didn’t think marijuana was any worse than alcohol. Maybe, but at least a beer or a sip of whiskey tastes good going down.

I have no way to back this up: But maybe whatever the president smoked when he was young — and what so many voters smoked then or smoke now — has some relation to the all-around fecklessness of our government and the mess we are in. (hh)


3 responses to “What I think about pot”