What happened to tolerance? 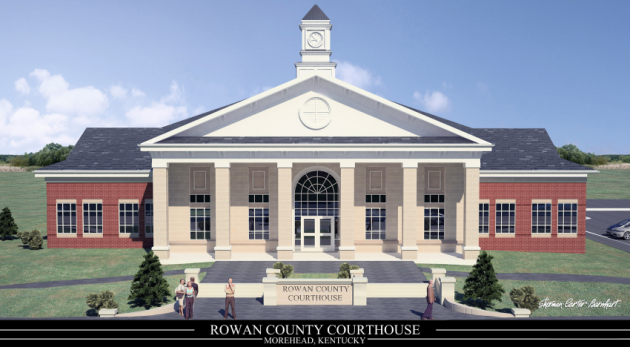 The Rowan County Courthouse as shown on the county’s website.

In the controversy over Kim Davis, the suddenly notorious clerk of Rowan County, Kentucky, there’s enough hypocrisy to choke even the most open-minded observer. (That would be me.)

Booked for following her conscience instead of orders.

Davis was jailed for contempt of court when she refused to obey a federal court’s order to issue marriage licenses to same-sex couples or else. We’ve suffered a blizzard of comments repeating the old saw that we’re a government of laws, not of men. Baloney, as everyone who follows court rulings knows.

Laws and the words of the Constitution mean only what the justices of our highest courts say they mean. And sometimes the opinion of a single justice makes the decisive difference, as the Supreme Court’s 5-4 ruling in the gay-marriage case shows.

If we were a government of laws and not of men, Oregon Gov. John Kitzhaber would have been hounded from office well before his resignation over his decision to obstruct the law on capital punishment. And how come President Obama is allowed to rule by issuing edicts on immigration law and the timing of health care provisions, among other things?

Her many critics demand that if she can’t perform her duties, she must resign. She’s 49, and jobs are not easy to come by in that northeast corner of Kentucky, so resigning may not be an option for her. Besides that, she could do the job when she was elected only last November, with 3,909 votes over her Republican opponent, who had 3,444. It was only a Supreme Court opinion, overturning two thousand years of well-grounded custom in the western world, that caused her grief with one part of her job.

Tolerant citizens would cut her some slack. But in 2015, tolerance is no longer allowed. If somebody fails to conform, the mob descends, yelling about a government of laws.

Davis was put in jail not in her own town but in neighboring Grayson, the seat of Carter County. It’s little more than 20 miles down Interstate 64, and if gay couples in Rowan County had wanted to show tolerance, they could easily have obtained their licenses there. Evidently they were interested less in getting married than in making a point. (hh)


31 responses to “What happened to tolerance?”