What does this tell book thieves? 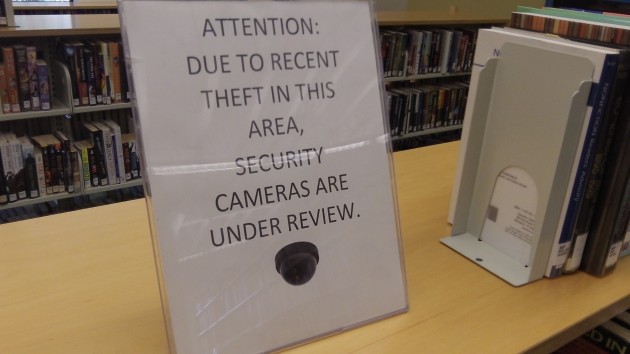 A little too ambiguous perhaps?

While we’re on the subject of libraries, allow me to call attention to this sign. It sits on a shelf in an out-of-the-way section of the Albany Public Library’s main branch, and it seems to let thieves know that they may still have time to steal something before cameras put the place under surveillance.

Here’s what it sounds like: “Because of the thefts we have had here, we may be putting in security cameras, but we’re still reviewing it.”

A staff member told me that’s not what the sign is intended to say. Instead, it is meant to say that security cameras are watching you. Maybe it’s effective the way it is, but only if thieves read the word “cameras” and pay no great attention to what “under review” implies. 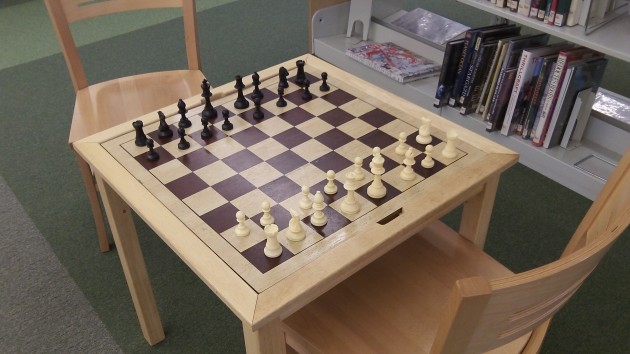 Here’s another little thing. The library has a handsome chess table. Let’s hope before people sit down for a friendly game, Black will put its queen in the correct starting place and tell White to straighten out his king’s knight. (hh)