What an old envelope can start – Hasso Hering

What an old envelope can start 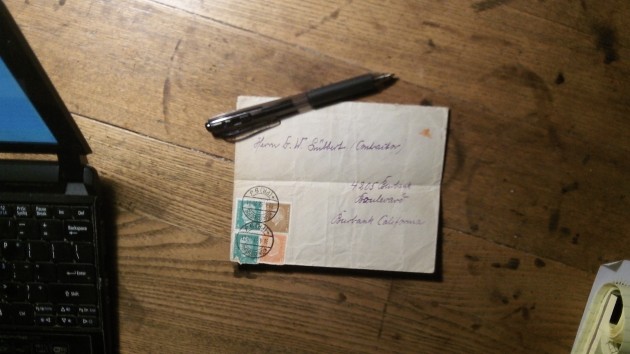 Finding this old envelope prompted an hour’s prowling the Internet.

This much I know: On April 30, 1932, a Mrs. Lübbert dropped a letter in the mail in Königsberg, East Prussia. Thirteen years later, a rhinoceros in the nearby zoo caught some bullets as the Russian army overran the city. And the internet is how, on my desk in Albany, these two unrelated events got figuratively linked.

The letter from “Frau Lübbert” was addressed to “G.W. Lübbert (Contractor)” on Burbank Boulevard in Burbank, Calif. As I was moving stuff around on Sunday, the envelope — minus whatever it had once contained — fell out of the pages of a stamp album that was among the things of my late mother-in-law.

The album had belonged to her brother, also deceased. Brother and sister grew up in Burbank. He collected stamps, and I’m sure the envelope was given to him because of that. There are four stamps on it, three with a portrait of Hindenburg, the German president in 1932. The face on the fourth I didn’t recognize.

I looked up the Burbank address where G.W. had lived or worked. Whatever was there in 1932 is gone. Today it’s the office of a tax accounting firm, a one-story storefront in a row of commercial buildings on what now is called West Burbank Boulevard.

The return address on the envelope was on Tiergarten Street in Königsberg, now Kaliningrad. From the name of the street, I figured it must have been near a zoo. And yes, Google helped me find the Kaliningrad Zoo, now said to be one of the biggest in Russia. It had in fact been founded as the Königsberg Tiergarten in 1896.

The zoo was closed during the First World War, and after it was reopened, only four of the animals survived the Second, a hippo among them. “The hippopotamus was in an especially bad state, having received seven stray bullets when the Red Army stormed the city,” Wikipedia informs us. One Vladimir Petrovich Polonsky, a “livestock specialist,” is credited with nursing the animal back to health.

Also online, I found a photo of the former Tiergarten Street in winter, blanketed by snow. Now it’s called whatever “Zoo Lane” is in Russian.

My limited internet skills go only so far, and this is all I could learn. But I am struck by what the chance discovery of an old envelope can do. It reminded me of how hard it was, at the time, for relatives on opposite sides of the world to stay in touch: No air mail; that letter spent weeks on the Atlantic. But mainly it made me think of what was in store for people at a time in history that, in the middle of the Great Depression, was already bad and especially in Europe was about to become much worse. (hh) 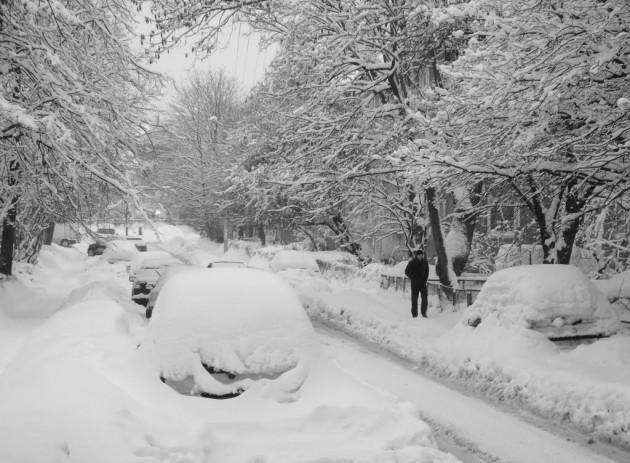 4 responses to “What an old envelope can start”