Leaves: a challenge for the GMO gang – Hasso Hering

Leaves: a challenge for the GMO gang

Well, as far as chores go, maybe this is not all that onerous. Still, thinking back to the recently concluded and unlamented election campaign, when genetically modified organisms were on the ballot, maybe there is something the gene splicers could do for us.

Maybe they could come up with a new kind of shade tree. The one I have in mind would have leaves that turn a nice color every fall, just like our maples do now. But these lovely leaves would not drop, one by one, over a period of several weeks. Instead, these GMO leaves would stay on their branches where they belong until a predetermined date when the noonday sun reaches a certain angle above the horizon. And that would be the signal for all these leaves to let go at once and sail to the ground in one big wave. Then you could rake them up all at once, and that would be it for the year.

Well, you gotta think of something when you’re up on a ladder cleaning the gutters, knowing you’ll have to do it again. (hh) 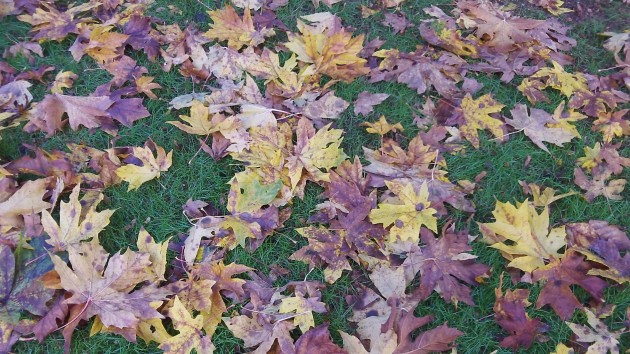