Wetlands: Remind you of Kafka? 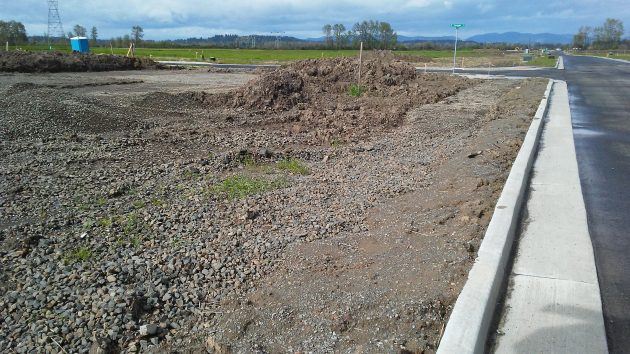 The streets are finished and lots are ready to be developed in this subdivision off Woods Road in Millersburg.

The saga of Oregon’s regulation of dry land as “waters of the state” continues, this time in Millersburg, where the Department of State Lands has taken enforcement action on two subdivisions.

Charles P. Redon, aquatic resource coordinator of the department, issued a cease-and-desist order on April 7 against the Eagle’s Nest Subdivision off Millersburg Drive on the grounds that “fill and removal” had taken place “in or near wetlands” on the property. He followed up on April 11 with the same order against the Woods Estate Subdivision off Woods Road.

Both subdivisions had gone through the Millersburg land-use approval process, and the city and the respective developers had relied on maps showing no wetlands on the properties, according to City Manager Steven Hasson. After a meeting with state officials last week, Hasson understands that a DSL inspector had driven past the subdivisions and, based on Google maps, suspected that wetlands may have been present

“Why would DSL target a site after the infrastructure was in place — and after the developer had expended hundreds of thousands of dollars in development expenses?” Hasson said in a memo he shared with me.

Oregon law prohibits removing or filling more than 50 yards of material within the bed or banks of “waters of the state” in order to protect navigation, fisheries and recreation. Over the years state officials have interpreted this to include so-called wetlands, by which the state means normally dry land containing certain plants and soils. On the federal level, the same regulations exist.

Violating the cease-and-desist orders may lead to penalties of up to $10,000 per day as well as criminal prosecution, the state orders point out.

Hasson said that in the meeting with DSL officials in Salem, he learned that relying on existing wetlands maps does not guarantee that construction activity complies with state regulations. “Essentially, a developer may do everything right and be wrong,” Hasson wrote, “and this approach brought to mind Franz Kafka’s writings.”

I went to take a look at the neighborhood of these subdivisions on Saturday. Nothing was going on, of course. Hasson says the city will keep issuing building permits in the subdivisions, but he’ll warn builders of the DSL wetlands edict. (hh) 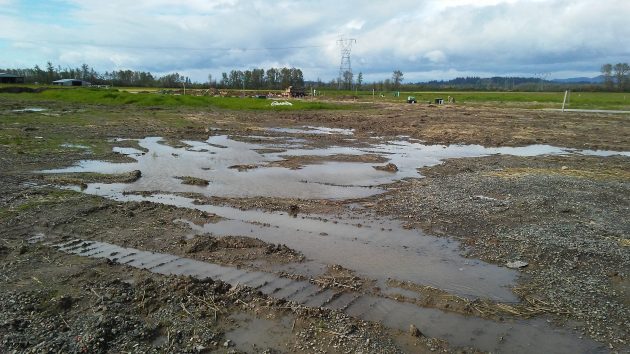 Puddles on a Millersburg construction site: Waters of the state?


8 responses to “Wetlands: Remind you of Kafka?”