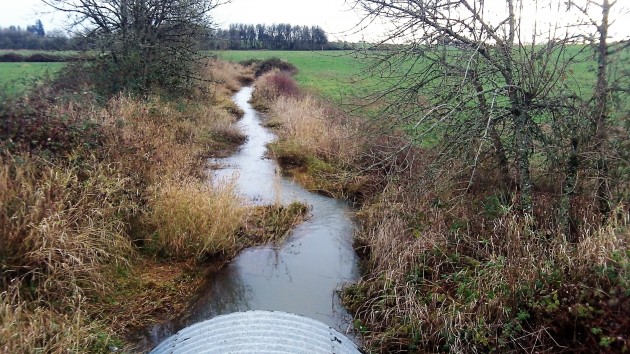 This kind of area, not city lots, ought to be considered wetlands under Oregon rules.

Now that it’s raining again is a good time to think about — what else? — wetlands, and how Oregon’s approach to their preservation is interfering with our efforts to save farmland and forests.

Every once in a while this comes up at meetings of the Albany City Council, as it did again last week. Councilor Rich Kellum brought it up. He is concerned that the existence of wetlands makes it too expensive to develop industrial sites in town. (Even Albany’s planned new police station, though not an industrial project, costs more than necessary because much of the site is a designated wetland.) So Kellum wants to know whether it would make sense to expand the city limits or even the urban growth boundary to make sure there’s enough land for industry and other forms of economic development.

Councilman Floyd Collins has often made a related point. Senate Bill 100, the foundation of Oregon land use law, Collins has pointed out, sought to concentrate land development inside cities in order to protect farmland, forests and general open space outside the city limits. Long after that foundation was laid in 1973, the state and federal governments realized that wetlands are worth protecting, which they are.

Trouble came when the definition became so stretched that almost everything is a wetland. Now you can’t build anything in cities, even in the middle of Albany, without running into wetlands regulation and added expense. An apartment project at 34th and Hill found that out a year ago when it had to shut down for several weeks after someone discovered a wetland on the lot.

Under Oregon law cities are supposed to maintain an inventory of buildable land to accommodate growth. Declaring wetlands where there aren’t any —   where none of the functions such as flood control or habitat for plants and wildlife are present even though there’s hydric soil — makes this hard or impossible. Hence the drive by cities to expand their boundaries, consuming farmland and open space, which is what SB 100 tried to prevent.

The answer is to amend the law. Let’s change it to make sure to protect real wetlands so they can continue to serve their important functions. But let’s exempt land within cities from these regulations, especially when the surrounding acreage has already been built up and become urban. I can’t see our Oregon legislature, as now constituted, making such a sensible change. But maybe one of our valley legislators would be willing at least to give it a shot. (hh)