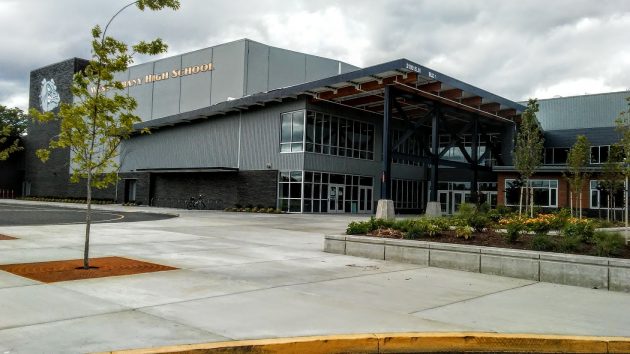 The grand front door of the new West Albany High on Sunday afternoon.

There’s one odd little detail I had not noticed before about the new part of West Albany High School, the $62 million expansion that was completed this year. It’s that although the building hasn’t moved, its address has changed.

West used to be located at 1150 Queen Ave. S.W. Now the address is 2100 Elm Street. You can see the address posted high up on the overhanging roof above the new front entrance to the school. (Seems like an odd place to post an address, but why not?)

It’s about 860 feet from the entrance to Elm Street. The building itself and the new front door are situated closer to Liberty Street on the west side and Queen Avenue on the north. So why is the new address on Elm?

Because there’s a new long driveway from Elm to the building. And West wants people to enter the grounds from there, on the east side. The school says so on its web site.

If you’ve lived in Albany for a long time, you may think you know how to get to West’s front door. But I didn’t the other day when I went to meet some students there. Which is why I went to the wrong place, the old front, until a passing parent kindly straightened me out. (hh) 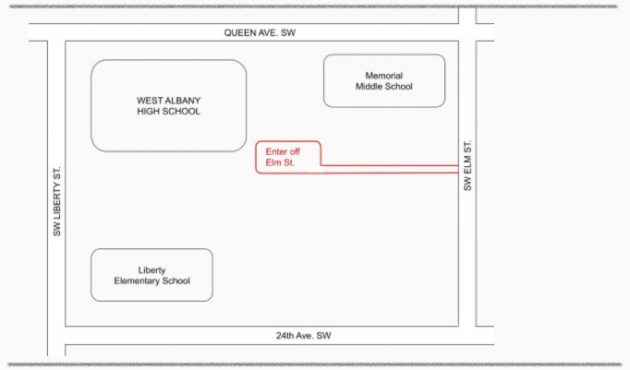