Wendy’s or not? Here’s the answer 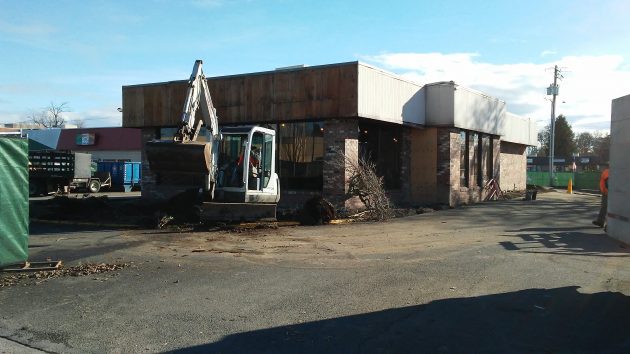 Moving dirt on Monday outside the former — and future — Wendy’s on Pacific Boulevard in Albany.

The question came by email: “I noticed the construction at the former Wendy’s. Is the Wendy’s just being remodeled or is something replacing it?” This jogged the Answer Man to get going.

When I first reported in October on the building permit application at the site of the shuttered fast-food joint, I had assumed it would be Wendy’s again but had failed to nail that down.

Monday I briefly looked in on the construction. Then I went to the second floor of City Hall. There I got a look at the digital versions of several pages of details of the building plans and permit applications. Here’s part of one page: 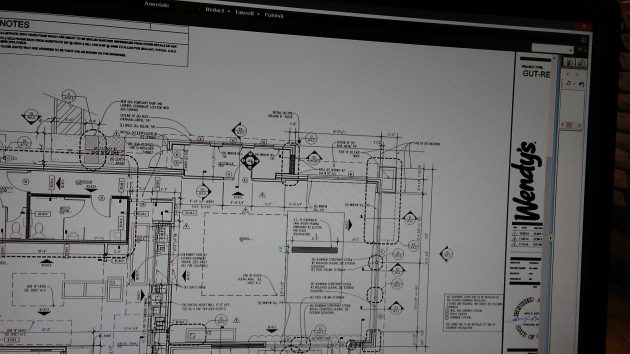 Notice what it says along the right-hand edge. So there’s the definitive answer: A new Wendy’s it will be.

On the construction site, at 1560 Pacific Blvd. S.E., work was well underway inside and outside the building, which is getting a complete makeover by a contractor based in Boise. The owner of the property — now as when the old restaurant was still open — is a company based in Rancho Santa Fe, Calif.

The building department values the remodeling at about $556,000, not counting an addition at the back to hold a freezer and cooler.

I’ll try to find out when they plan to open the new place. Hope it’s soon. Used to like their cups of chili for a quick lunch. (hh)


4 responses to “Wendy’s or not? Here’s the answer”