Welcome to Albany: Sign’s getting replaced 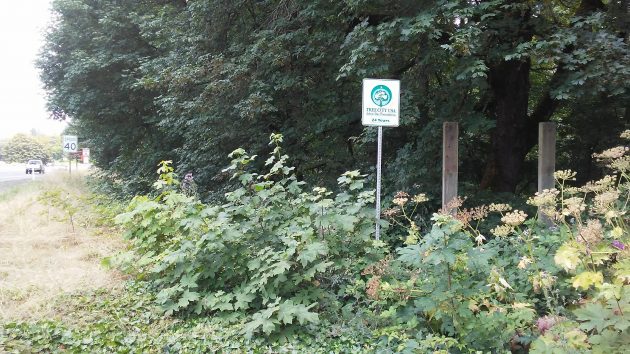 Only the posts remain of a long-standing wooden “welcome to Albany” sign on Highway 20 in North Albany.

Chances are drivers heading for the Ellsworth Street bridge on Highway 20 don’t need a sign to tell them they are entering Albany. But whether they do or don’t, the sign welcoming them to town is gone.

Councilman Bill Coburn and Ed Hodney, who retired as parks director last week, got permission from the city manager to take the sign down, I learned when I inquired at City Hall on Monday.

“We took it down because it was in such bad shape,” Rick Barnett of the parks department told me in an email Tuesday. “Xtreme Graphix is producing a new sign for now.  There is some interest in doing something more substantial, but that will take an organized effort from the service clubs.”

The old sign was repainted several times but nevertheless showed the signs of being out in the weather for roughly 25 years. Here’s what it looked like in July 2017, when I did a story suggesting it should be replaced.

And here’s a screen shot of a rendering of the sign that’s going to replace it. 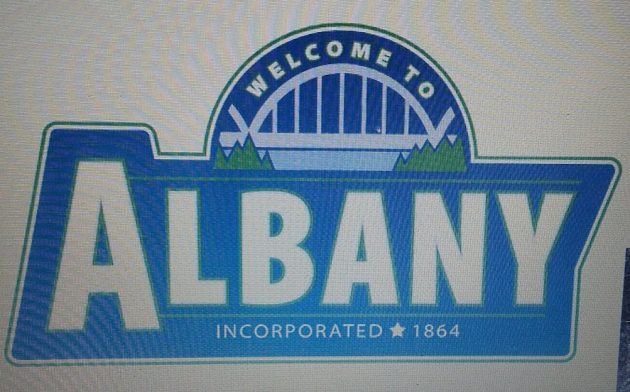 Hodney had hoped to get the old sign replaced, but it didn’t quite happen on his watch. At the CARA advisory board meeting in June, he proposed modifying one of two big “wayfinding” signs planned for the downtown urban renewal district and putting it on Highway 20 instead.

Those two signs can’t be put where they were planned. One site was disallowed by ODOT. The other made no sense because it would be obscured by highway clutter and would send drivers into the parking lot at Albany Station if they did see it.

But the CARA board didn’t go for Hodney’s suggestion, leaving the downtown sign issue open and unresolved. (hh)


9 responses to “Welcome to Albany: Sign’s getting replaced”