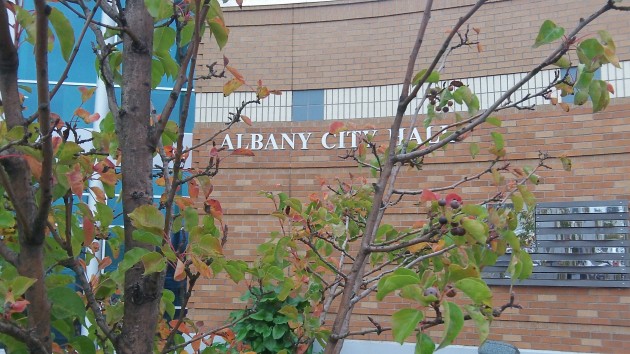 Albany has now been listed as the 66th Oregon city to prohibit licensed recreational marijuana facilities.

Now that Albany is on the list, 66 Oregon cities have taken the local option and banned licensed commerce in recreational marijuana. Sixteen counties have done the same. So the next time somebody goes to the trouble of initiating a major law change, he’ll want to do it by amending the state constitution instead of merely passing a law.

The Oregon Liquor Control Commission on Monday updated its list of local governments prohibiting licensed marijuana facilities. The Albany council passed its ban on Dec. 7, and the city manager told me on Dec. 24 he would notify the OLCC that day. Evidently he did.

Oregon voters passed Measure 91 in 2014 to authorize, among other things, state-licensed recreational marijuana farms, processors and shops. But because it was a change in statute rather than the constitution, the 2015 legislature got a chance to change it. Lawmakers gave local governments the option of contradicting the statewide election result by banning the growing, processing, wholesaling and retailing recreational marijuana. Only in counties like Linn and Benton where less than 55 percent of the voters opposed Measure 91, would voters get to decide on any local bans in the 2016 general election. In the other counties, county boards and city councils could impose the ban on their own.

Say what you will about the wisdom of the local option in the marijuana business, I think it will cause future sponsors of widely popular initiatives to forget about trying to change the laws. They’ll try to amend the constitution instead, with the result that local politicians will be barred from monkeying with what the electorate as a whole has passed.

It currently takes 88,184 signatures to get a law change on the ballot via the initiative route. This is very hard to do. But once you go for that many voters’ signatures, you might as well try for 117,578, the current requirement for initiating a constitutional amendment. (The required number is 6 percent of the turnout in the last election for governor for law changes, and 8 percent for amendments.)

In the case of Measure 91, the sponsors stopped when they had 145,000 signatures to submit. Of those, 137,537 were accepted. Of those, 64 percent or 88,584 were said by the secretary of state to have been valid. That would not have been enough to qualify if the measure had been an amendment to the constitution. But if it had been, the sponsors, aware of the typical percentage of rejection, would not have stopped at 145,000. They would have and could have collected more. (hh)