Waverly Lake takes care of itself 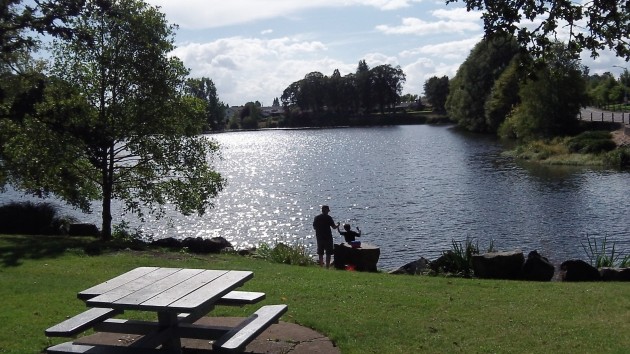 Late September at an Albany gem.

In the middle of August, a prodigious algae bloom had turned part of  Albany’s Waverly Lake into a slimy mess, and a citizen asked the city council to do something about it. By Friday, that problem had largely taken care of itself.

“Rain and cooler temps are responsible, just as the lack of rain and higher temps triggered the bloom,” says Ed Hodney, the city’s director of parks and recreation. “We did nothing to change the conditions.”

As you can see, on Friday the 5-acre lake sparkled in the sunshine of late September, and only the western edge still had traces of algae on the surface. This water body is fed by Cox Creek, which flows through Timber Linn Park before dipping under the I-5 freeway and Pacific Boulevard to reach Waverly. From there it heads straight to the Willamette River.

Waverly’s fleet of paddle boats has been retired for the season. On Friday, the only things afloat there were a bunch of ducks and a family in a lone canoe. (hh) 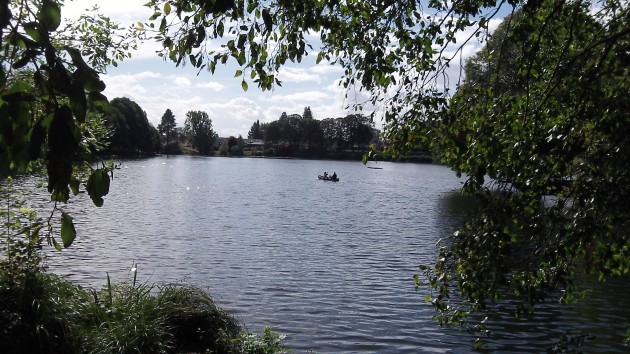 
One response to “Waverly Lake takes care of itself”