Waverly Lake algae: How about this idea? 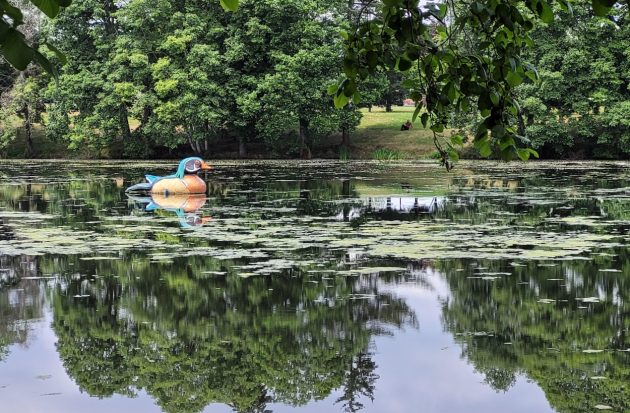 The Waverly Duck floats in a sea of algal muck on Sunday, July 3.

Like every summer in recent years, Albany’s Waverly Lake is now covered by a growing mass of algae on the surface of the pond. In the fall the algae will die and disappear, and by winter they’ll be gone.

But in winter, who cares what the lake looks like? It’s in the summer that Waverly Park and the lake draw visitors. It is now through the middle of August that this little lake at the northern gateway to Albany looks like an unsightly mess.

Back in 2014, on Aug. 13 to be exact, longtime Albany resident Ed Hahn Jr. spoke to the city council and complained about the condition of the lake. He urged that something be done.

But by September that year, the rafts of algae had pretty much disappeared and the problem had taken care of itself, as it does every year. The issue of cleaning up Waverly Lake or trying to prevent the annual summertime algae bloom did not come before the council again.

Nutrients in the more or less stagnant water, warm days and sunshine all contribute to the growth of algae. There are ways of preventing this, but presumably they cost money and as far as I know are not on the agenda of Albany parks.

How about another approach?

Waverly Lake has a water surface of a little more than 6 acres. (That’s an estimate based on measurements derived from a tool on Google Maps,) The lake is not so huge that manual removal of algae is out of the question.

Online, companies sell “pond rakes” designed for cleaning up algae. The rakes cost about $120 each. The city could buy a few and then invite volunteers with personal watercraft to tow them around the lake. If the online rake ads tell the truth, the algae would be gone. (hh) 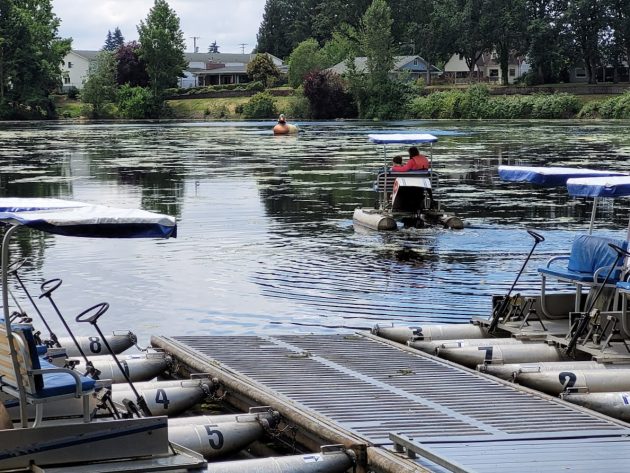 A couple on a paddle boat heads out into the algae on Waverly Lake Sunday afternoon.


16 responses to “Waverly Lake algae: How about this idea?”