A wider plot? Unlikely, but … 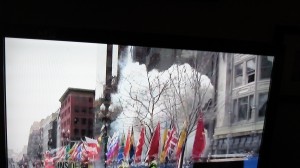 The Boston marathon bombing didn’t look like the work of a conspiracy by a foreign terror organization. But that does not mean the possibility ought to be dismissed without a thorough, exhaustive investigation by federal authorities. Let us hope the feds will conduct such an investigation, one that necessarily looks at the role, if any, of the bombers’ friends and family, including the dead bomber’s American widow, and their connections, if any, to groups in their Caucasus, from where they came several years ago.

Obama’s secretary of homeland security has said there is no indication of a wider conspiracy. I can understand why she would say that. After all, the bombs, while deadly to people nearby, were of relatively low power. The pressure cookers were components that an amateur might use. When they placed the bombs, only rank amateurs would have been unaware of the likelihood that images from surveillance cameras would identify them as soon as the footage was reviewed. But these guys went back to the regular lives.

And when they were identified, instead of quietly slipping away they blew their getaway by commandeering a car, killing one cop and wounding another. Well trained operators these guys were not. Still, they might have had help, and if so, federal authorities had better find what it was. (hh)