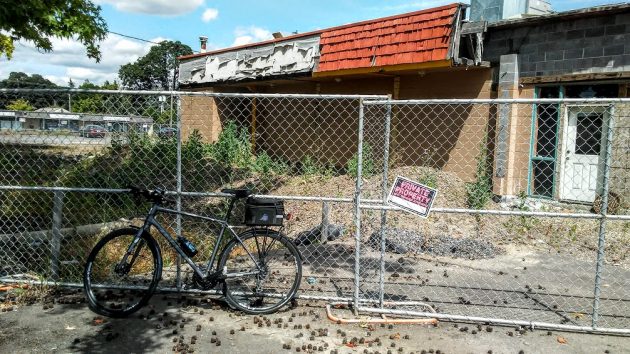 The dormant construction site at Bain and Santiam Highway on July 17, where a new restaurant has been planned.

The middle of the Covid-19 epidemic may not be a good time to build new restaurants. Plans for at least two such projects in Albany seem to be stalled.

In December 2019, an architect representing the owners of the former San Blas restaurant at Santiam Highway and Bain Street applied for a building permit to remodel and expand the place for a new restaurant called Rancho La Hacienda.

The permit valued the project at about $637,000. It was set to expire 180 days later, in June. Because of the epidemic, the city granted automatic extensions of all pending permits, and in this case, Building Official Johnathan Balkema told me in July he planned to notify the applicants to obtain the permit by Aug. 31 or it would expire.

In the other project, a  Denver company applied in March for a building permit to build a Chipotle restaurant at 1961 14th Ave. S.E., on the south edge of the Heritage Mall. The building department valued the project at $600,000.

According to the city’s database available online, neither permit has actually been issued, which would entail paying the development fees: more than $96,000 including $79,000 for street development charges in the case of Rancho La Hacienda, and $40,000 for the Chipotle project.

Whether and when plans for these businesses go ahead — either soon, later or never — may depend on how the coronavirus crisis turns out and how long it lasts. (hh) 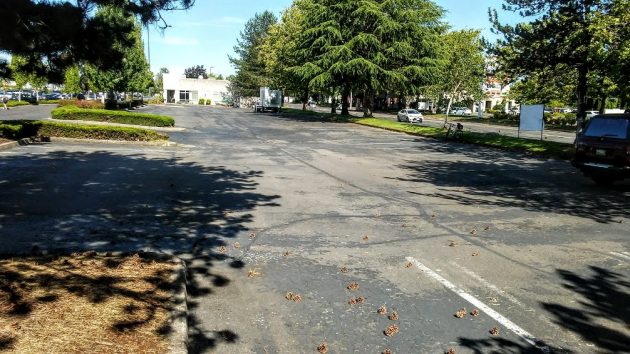 The Chipotle project was planned for this part of the Heritage Mall parking lot off 14th Avenue.