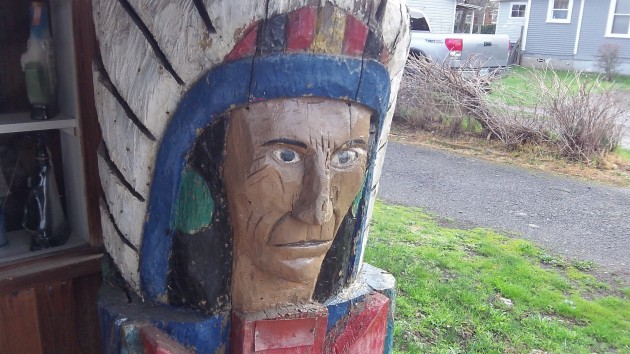 If this American icon is not worried about the presidential nominations, it’s only because he’s made of wood.

Trump got 32 percent of the Republicans who voted in the South Carolina primary Saturday, and the Associated Press called this a “commanding victory.” It sounds less impressive when you consider that two-thirds of those Republican voters preferred one of the more sensible candidates, somebody other than Trump.

Republicans have proved a minority in presidential elections lately. So now the current leader for the Republican nomination for president can claim the support of a one-third minority of what is already a minority voting bloc. What makes anyone think someone like that, without even the slighted qualification in democratic government, could actually win the election? When two-thirds of his own party thinks he’s not fit to be president or at least not the best candidate, it’s a thin possibility indeed.

We can blame the number of Republican candidates for Trump’s leading position so far. If they have sense enough to put their country ahead of their own ambition, the others remaining in the contest will get together and get behind one of their group as their candidate. Together, Rubio and Cruz got about 12 points more support in South Carolina than Trump. Either one could probably beat Trump for the nomination if the other dropped out.

And then, if the new frontrunner picked a competent governor — Kasich comes to mind — as a running mate, the Republican ticket might actually have a chance in the fall.

What’s the alternative? The alternative is a government that for the next four years would be run by an idealistic and angry old man who likely would turn the country into a bigger version of Venezuela, where even toilet paper is hard to come by, or, more likely, by someone who can’t be trusted with secret information and whose administration would seem like Obama squared. (hh)

17 responses to “Vote was two-thirds anti-Trump”