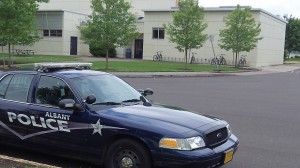 Public school authorities in Albany — and most likely elsewhere too — are spending part of the summer reviewing what else they might do to enhance security. Let us hope they don’t go overboard.

In Albany, they seem to be taking a sensible, level-headed approach. They don’t want to leave open any obvious vulnerabilities, but they also don’t want to turn school buildings into fortresses or prisons where every person and every movement is controlled at all times. The plain fact is that absolute security is impossible in a place where hundreds or even thousands of people come and go every day. And the good news is that absolute security isn’t necessary either.Because of the occasional news of terrorism and workplace shootings over last 10 or 15 years, many public and private institutions launched control procedures to be followed by employees and visitors as they came in. Never mind that no one had barged in and shot anybody in 100 years or more, or tried to blow anybody up.

Yes, we hear of those things happening, sometimes even nearby. But violent attacks are exceedingly rare, and the chances of becoming a victim vanishingly small. (hh)