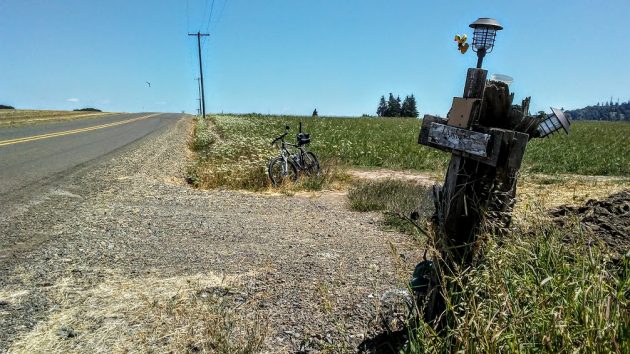 On Kamph Drive northeast of Albany, not much is left of this memorial to Jakhob Miles. It marks the place by the road where Jake’s body was found nearly a dozen years ago.

Gone is the notice pleading for information on who killed him. Gone, too, are the flowers and most other symbols of affection and remembrance. You can just make out his name on the wooden plank screwed to the post, but only if you know what it used to say.

Still, the remnants of the shrine are there, reminding those among the passers-by who know the story of a homicide whose perpetrator has yet to be found.

Jakhob Miles had lived in Albany since he was 10. He was 19 when someone shot and killed him and left his body by the side of Kamph Drive, a few feet east of its junction with Murder Creek Drive.

The Linn County Sheriff’s Office investigated but eventually ran out of leads or people to interview. The investigation is still open, of course. But, as Detective Capt. Dave Snippen of the sheriff’s office told me, “there is no new information in the case.”

Jake’s body was found on the morning of Sept. 11, 2008. Prompted by the roadside memorial, I wrote about the unsolved killing in 2013 and again in 2016. A bike ride took me past the spot again last week.

The marker on the road will keep decaying and fading away, but we should keep hoping that one of these days this murder will be solved and justice will be done. (hh) 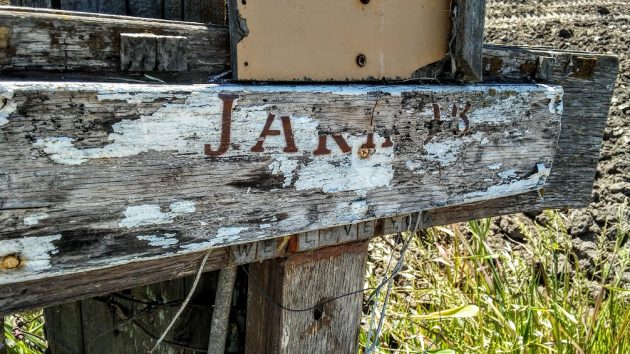 If you know what it said, you can still make out Jakhob’s name.