Unloved and ignored: Our poor apostrophe! 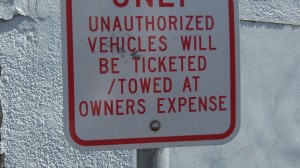 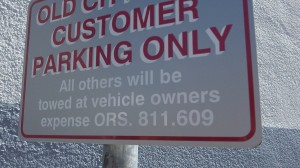 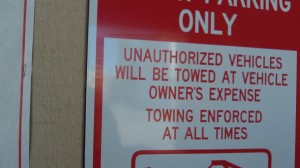 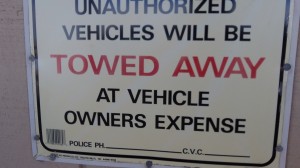 From time to time I have tried to provoke my fellow fans of the English language by calling for the abolition of the apostrophe, especially when it’s used to denote the possessive or genitive case of a noun. Looks like I could have saved myself the trouble.

Looking at signs around town, I get the feeling that the possessive apostrophe has already vanished. It’s been consigned to oblivion. And in the one of the four examples above, it has been retained but used as though the sign maker assumes that one hapless owner is going to be dinged for the expense of an entire fleet of cars being hooked up and dragged away.

You’d think that after all these years of complaints, sign makers would have got the word. Evidently not. On the other hand, maybe they just wanted to get a rise out of somebody with something they wrote? Nah, nobody would do that. (hh)