Underpass incident ends with a shooting 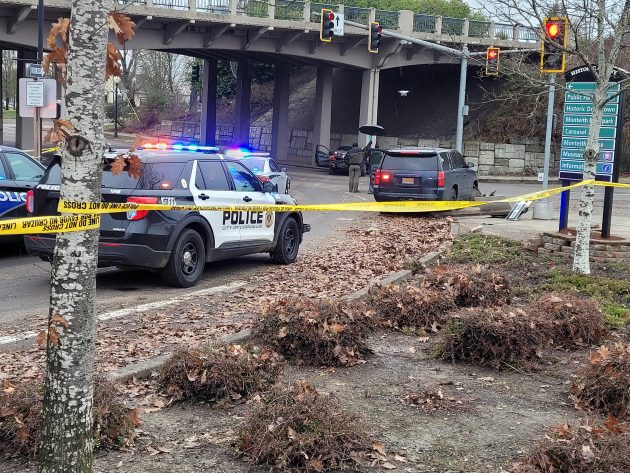 Officers use a drone (that white spot) to document the scene under the Pacific Boulevard viaduct this afternoon.

Spot news on the cop beat is not the usual fare on this website. But on a bike ride in the rain after noon on Monday, this is what I came across at the Lyon Street underpass in downtown Albany.

By the time I got back to my desk and laptop, Oregon State Police had put out this statement:

“On Monday, January 2, 2023, at approximately 11:45 A.M., Oregon State Troopers responded to assist the Linn County Sheriff’s Department, who was in pursuit of a vehicle.  The pursuit terminated within the City of Albany and Oregon State Troopers were involved in an Officer Involved Shooting.

The Albany Democrat-Herald, in a story online, quoted APD Lt. Robert Hayes that the fleeing car had been stopped by a spike strip, that a trooper fired at the driver, and that the driver was taken to Albany General Hospital.

At the scene at about 2:30, I counted 11 police vehicles from agencies including the Corvallis and Albany police departments, the State Police and the Linn County’s Sheriff’s Office.

Officers were manning the yellow tape barring access to the Lyon Street underpass under the Pacific Boulevard viaduct. One of them told me, when I asked what had happened, that a “media release” would be forthcoming.

When the details come out, I’ll try to add them here. (hh)

Actually, the details, such as they are, are in a separate story published Tuesday. 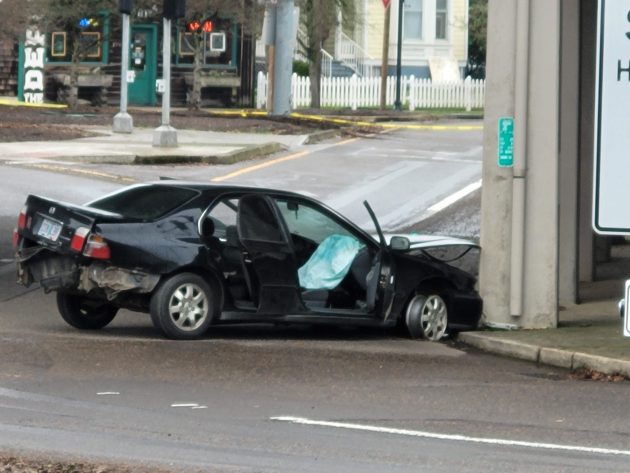 A closer look at the Honda with its front tires gone after running over a spike strip. What caused the rear-end damage? 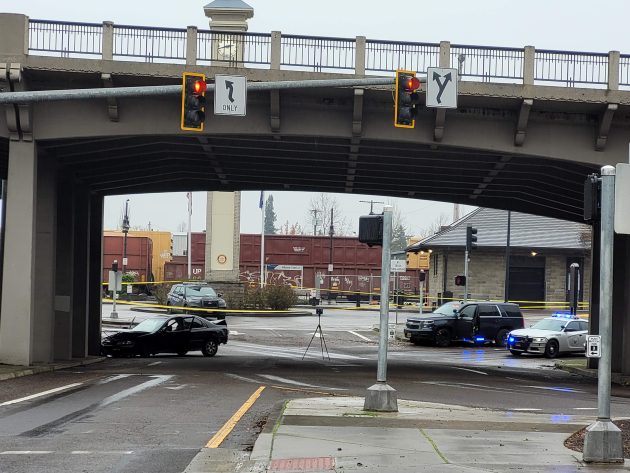 The the scene of the “officer involved shooting” as seen from Lyon Street.


6 responses to “Underpass incident ends with a shooting”