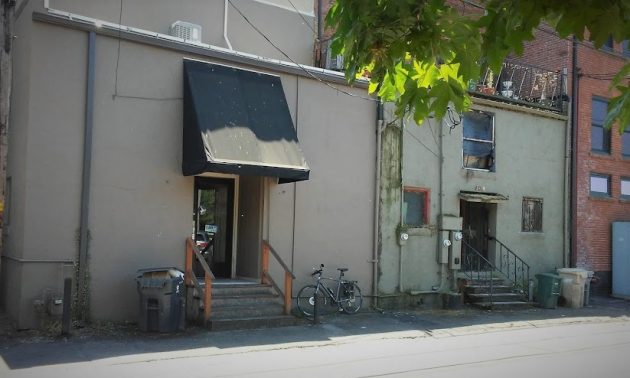 You wouldn’t think that replacing four wooden steps at your back door would require a public hearing, but in Albany’s downtown historic district it does. So does replacing a rear door on another building not far from those steps.

Both situations come up this week as the Albany Landmarks Advisory Commission holds public hearings on two applications for “historic review of exterior alterations.” The commission meets at 6 p.m. Wednesday, July 10, in the council chambers at City Hall.

Both buildings — the former Sternberg Clothing Bldg. in the case of the wooden steps, and the former Albany State Bank in the case of the door — are considered “historic contributing” to the character of the downtown district. As such, the city’s development code requires that exterior alterations be reviewed.

To be approved, the code says, “the proposed alteration is compatible with the historic characteristics of the area and with the existing structure in massing, size, scale, materials, and architectural features.” In separate staff reports for each of those projects, city planner Laura LaRoque concluded that the requests meet that test.

To simplify life for building owners, you’d think that requests like this could be approved without the need for “quasi-judicial” hearings before a city commission. But under Oregon’s planning rules, apparently that can’t be done. (hh) 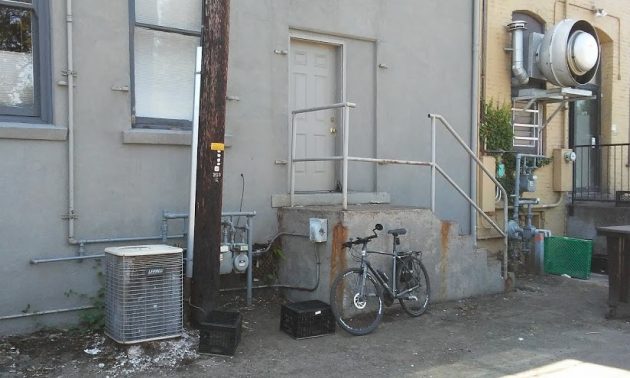 The landmarks board will be asked to decide on replacing this door and adding an awning.