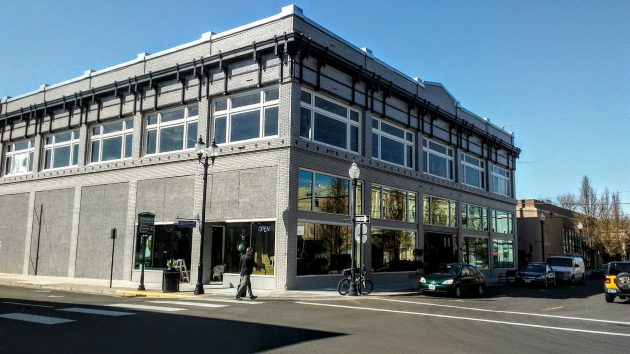 The 1912 S.E Young Building downtown, now housing the Natty Dresser, has been largely renovated and restored.

Owners of two historic buildings in downtown Albany will get help from CARA, the city’s urban renewal program, to complete the restoration they have already done.

On Wednesday, the CARA advisory board and then the city council as the Albany Revitalization Agency approved grants of $231,173 for the S.E. Young & Son Building, at Second and Broadalbin, and $51,488 for 1st Hand Seconds at 411 Second Ave. S.W.

Oscar and Tamalynne Hult, owners of the Natty Dresser men’s wear business, obtained more than $1 million in private financing to buy and restore the Young Building and move their shop there. They said they need the CARA grant to replace the antique freight elevator, which was decommissioned in 2002. They need the elevator in order to redevelop the basement and second floor of the 1912 building for commercial purposes.

1st Hand Seconds is a clothing store run by Mercy House International, a nonprofit that supports women and children recovering from domestic abuse. They, too, spent about a million dollars on buying the building and restoring the inside. They asked for the grant to help pay for restoring the façade.

CARA said the grants will come from a $1 million fund that supports such partnerships with businesses.

As authorized by state law, CARA gets its money from loans and from property taxes on the increase in taxable value of real estate within the urban renewal district since the district was founded in 2001.

Those taxes normally would go to the taxing units that levy them. Once the district dissolves, when its debts are paid, the tax money now going to CARA will again start flowing to the other taxing districts, including the city, Linn County, and Albany schools. 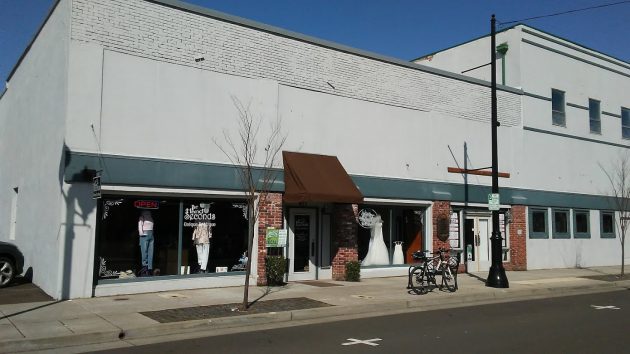 The front of 1st Hand Seconds looked like this on Wednesday afternoon.

The CARA bard saw this rendition of what the restored storefront will look like.