Try this new way to pay for roads 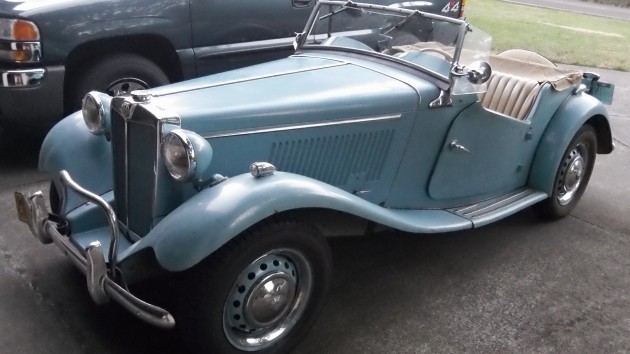 Alas, no data port on this baby, so OreGo is a no-go for it.

If you drive a heavy pickup, here’s your chance to save a few pennies on Oregon road tax: Try to sign up for “OReGo,” the road usage charge program. You can’t actually sign up yet, but at www.myOReGO.org you can get on the list of vehicle owners interested in volunteering for the program when it is launched on July 1.

The legislature authorized the program in 2013 after several years of tests and public debate. The idea is to show that this user fee really works on a large scale as an alternative to the gas tax — or to show the opposite if it does not.

In a nutshell, the Oregon Department of Transportation is planning to sign up 5,000 owners of passenger cars and pickups who volunteer to pay a road user fee of 1.5 cents per mile instead of the state gas tax of 30 cents per gallon. It’s obvious that if most of the volunteers own gas guzzlers, the state will lose money and the highway fund will be worse off. So the legislature set limits: No more than 1,500 vehicles in the program can average 17 miles per gallon or less; and 1,500 can have 17-22 mpg. That leaves 2,000 vehicles to be signed up even though they have better mileage, and this will be a hard sell.

The point where the road fee and fuel tax are about equal is 20 mpg. For mileage ratings above that, the user fee would cost you more than the state tax. And if you have an electric car and pay no road tax at all, why would you volunteer to pay it?

Still, Michelle Godfrey, the ODOT spokeswoman for this venture, told me the agency is planning to get signups for all the 5,000 vehicles authorized by the law. We’ll see. In the meantime, here’s how it will work:

Volunteers can choose among three vendors of gizmos that keep track of miles driven. Two of them use the GPS system, and one works by keeping track of the odometer. The vendor you pick will send you the device, and you plug it into the data port somewhere under the steering wheel. Then you drive and buy fuel as usual. Once a month or perhaps quarterly, the company bills you for the user fee and refunds the road tax you already paid, based on the average mileage of your vehicle.

If you’re worried that somebody could track your movements via GPS, pick the system that relies on your odometer alone. The drawback is that the non-GPS technology can’t tell the difference between driving on public roads in Oregon and driving on out-of-state or private roads. When I harped on the privacy concerns, Godfrey reminded me that the state won’t have access to the coordinates used to count the miles driven, and the contractors running the system by law must erase the data after 30 days.

The reason for this whole exercise is that revenue from the fuel tax is more or less flat while construction and maintenance costs are going up. Also, the federal highway trust fund is going broke, and vehicles are supposed to average 54 miles per gallon on 2025. And then there are electric cars whose owners are getting a free ride. Which is why sooner or later, it won’t be matter of volunteering to pay the road fee. The fee will have to become.mandatory for most vehicles. And to be fair — which the gas tax is because big heavy vehicles pay more while small and light ones pay less  — the road fee can’t remain a uniform 1.5 cents per mile. (hh)


3 responses to “Try this new way to pay for roads”