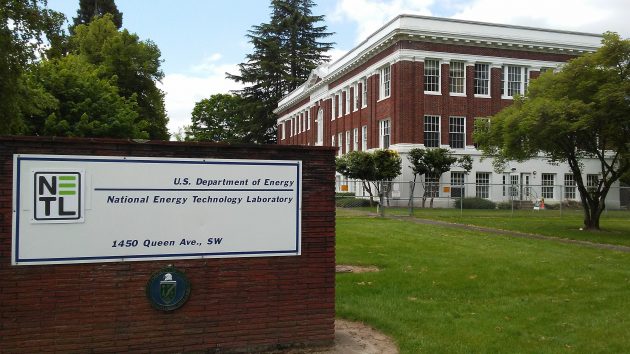 The main building of the National Energy Technology Laboratory on Queen Avenue this morning.

It was not unexpected, but the news is still a blow to Albany: The Trump Administration plans to close the Albany branch of the National Energy Technology Laboratory and transfer its work and equipment to Pittsburg, PA, or Morgantown, WV.

The administration’s budget proposals for 2018 came out Tuesday. Word of what it meant for the Albany Research Center of NETL spread this morning. The wife of an employee there told me about it. A couple of hours later Omer Dogan, vice president of Local 1104 of the American Federation of Government Employees, emailed a press release.

Closure of the Albany lab would cost the mid-valley about 150 jobs, many of them highly specialized in materials science and related fields. The loss to the local economy would be about $30 million a year, according to the union.

It’s ironic that the president’s program to redirect federal research programs would hit the economy of a county where Trump enjoyed strong support in the 2016 election.

The president’s budget was immediately criticized by Democratic Congressman Peter DeFazio, but he didn’t mention the Albany lab in his critique even though it’s in his district.

The Albany lab’s scientists and technicians have been researching ways to improve technology related to fossil fuels. For example, currently the lab is advertising for a PhD-level researcher to work with a team on improving materials that would reduce methane emissions from natural-gas pipelines. It also is looking for someone to work in research on assessing the risks on things like gas shale, oil and natural gas development.

Another research project deals with reactor systems for the gasification of coal. And there’s work, either going on or planned, on finding better materials for use in “magnetohydrodynamic” power generators. These are machines that shoot the hot exhaust from burning fuel through a magnetic field to generate electricity.

On its website, NETL says the Albany Research Center “investigates new materials to solve the energy system challenges of today and tomorrow.”

About a couple of months ago, someone at the center reached out to Albany City Manager Wes Hare, saying that the government was thinking of closing the center and asking for support, and Hare informed the city council. Whether a council appeal to the Trump administration would have any effect, nobody knows. (hh) 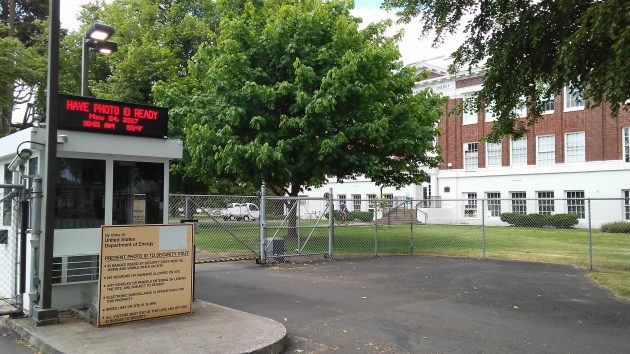 Since some time after 9/11/01, the center has been fenced and access to the campus controlled.