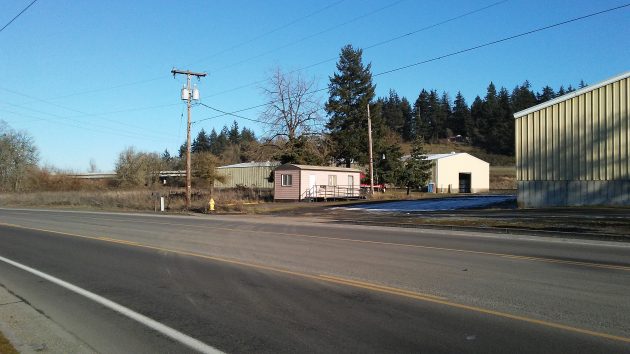 I-5 is in the background of this shot of the proposed Love’s truck stop location.

State highway officials want a new analysis of how the planned Love’s truck stop would affect the south Jefferson interchange on I-5. Either that, or they want Love’s to construct road improvements now or agree to share in the costs of future signals at the I-5 ramps.

The Oregon Department of Transportation last week appealed the Millersburg Planning Commission’s approval of a site plan for Love’s Travel Stop and Country Store on Old Salem Road just south of the interchange. ODOT found fault with a traffic impact study conducted for the applicants, saying it was insufficient to determine whether the truck stop would have a significant impact on Interstate 5 and the Linn County road system.

The appeal would normally send the issue to the Millersburg City Council, which could take it up as early as March. (The council’s next meeting is on Feb.14, but the appeal won’t be handled then.)

Millersburg City Administrator Barbara Castillo told me today she was working on setting up a meeting to see if ODOT’s concerns can be resolved without the appeal going forward. She wasn’t sure whether this was possible. In any case, she said the city had retained Salem land-use lawyer Wallace Lien “to help us with this.”

As reported earlier, the proposed truck stop, including fuel islands, a fast-food restaurant and store, generated opposition among some Millersburg residents. They worry the business would have a disturbing effect on the quiet residential neighborhoods west of Old Salem Road. The deadline for filing appeals from the planning commission’s approval is Friday, Feb. 3. (hh)