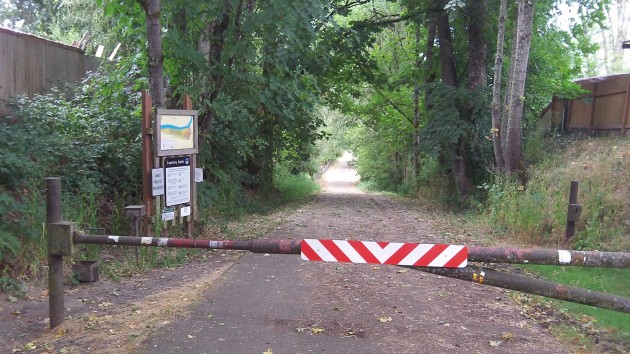 This is the access road to Truax Island, but you can’t drive in. (More pix below.)

Little has changed at Truax Island on the Willamette River since I last looked at the place a year ago, except that with its algae-choked water holes and abandoned gravel pits it looks even more foreboding than before.

The access road to this part of the Willamette Greenway remains blocked by a locked gate and a wash-out of the road itself, but the willows and other bushes are a year bigger, offering even more cover for whatever goes on.

Exactly what goes on I have no idea, but there are the remains of campfires, a few graffiti and some trash. On the remains of a stump I found a tiny metal pendant in the form of a skull with glass eyes. I left it there in case whoever lost it looks for it and comes back.

A year ago, the state parks official in charge of the site told me the gate was locked years before because of drug activity and other crimes in this remote spot off Riverside Drive. But you can get in on foot or on a bike, as I did last week. Seems to me that if the road was kept open and even expanded throughout this riverside acreage seven miles upstream from Albany, deputies could drive through the area now and then. That might keep wrongdoers off balance enough so they’d go somewhere else.

Isolated as a no-go area for the car-driving public as well as law enforcement, Truax Island seems like the place to go if you plan on doing something you don’t want the cops or anybody else to find out. (hh) 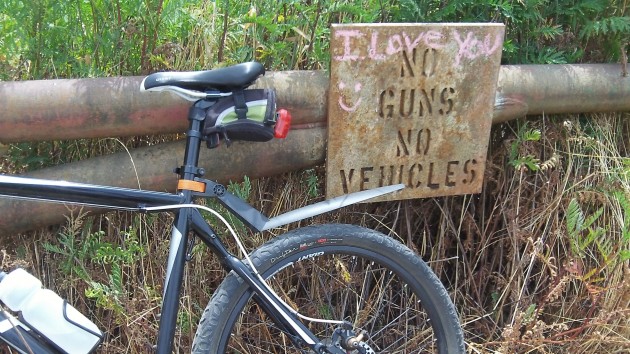 This internal gate is open. Good thing it doesn’t say “no bikes.” 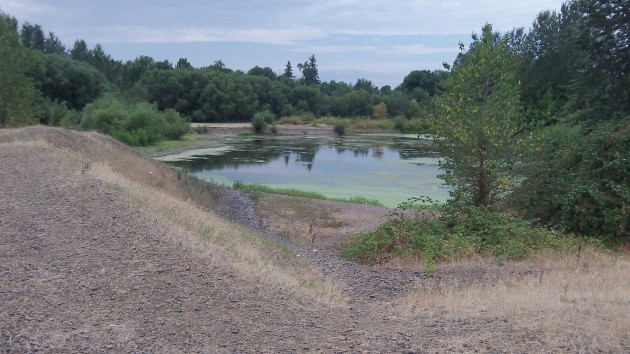 A murky pond where gravel used to be mined. This part is still owned by Knife River. 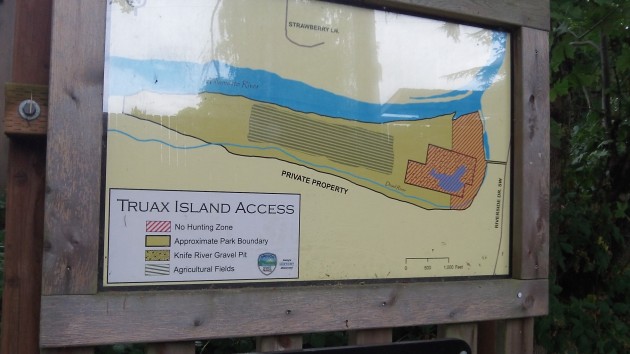 Signboard at the entrance maps the lay of the land.