Tower clocks: How about a permanent fix? 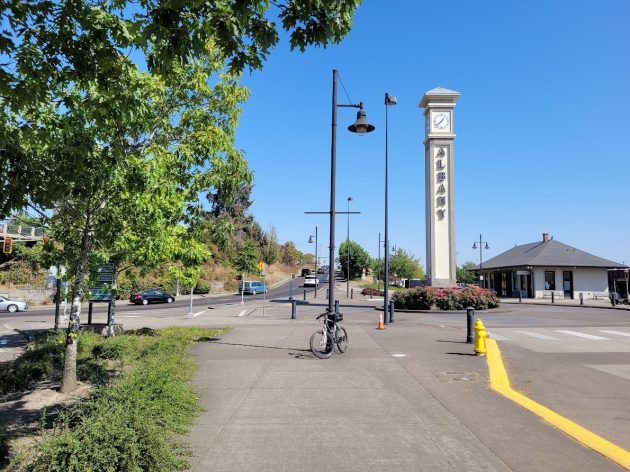 It was a warm sunny day in September, and the clocks at Albany Station said … what?

Compared to homelessness, say, or world hunger, the clock tower at Albany Station showing four different times, all wrong, isn’t much of a problem. But you’d think it would be easier to fix.

I mentioned a few days ago that the clocks were on the blink — again. On Monday nothing had changed.

It was 12:37 p.m. when the bike took me past the station and I checked the four clocks on the tower.

They showed 1 o’clock on the north, 12:10 on the south, 1:10 on the east, and something hard to decipher on the west, where the minute hand was correct but the hour hand was off.

Somehow this reminded me of George Orwell’s “1984,” which begins: “It was a bright cold day in April, and the clocks were striking thirteen.”

Over the last two years, the Albany Station clocks have been repaired at least twice.

The City of Albany owns the station and the tower. You’d think that sooner or later the mayor, the council or somebody in charge would take notice and push for a permanent fix. (hh) 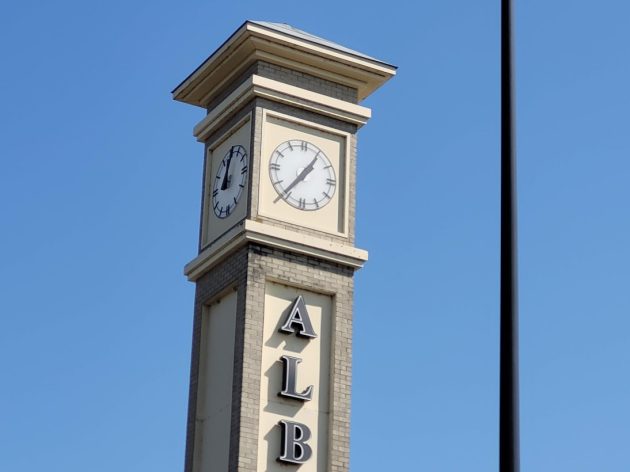 The west face has sunlight and the north face is in the shade. 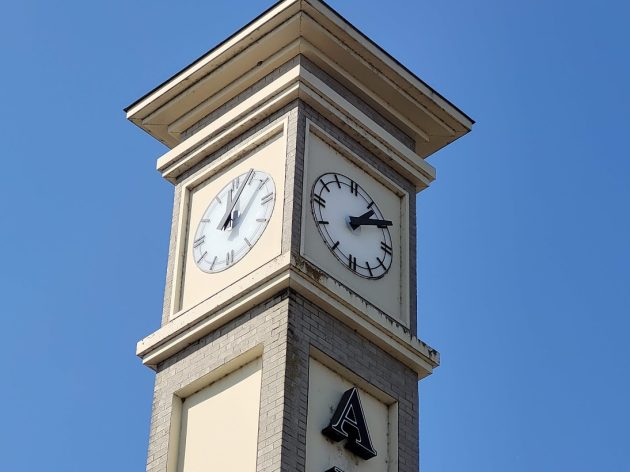 Postscript: A city spokesman told me Tuesday that a facilities maintenance crew was on their way to get the clocks reset.

Later Tuesday, I went by the station and found that the clocks had indeed been set to the right time, which was 4:17 when I approached from the west.

But by the time I parked the bike and looked at the east-facing clock a minute or two later, that clock showed 5:19.

That’s what they say: Time flies when you’re having fun. (hh)


8 responses to “Tower clocks: How about a permanent fix?”