Toward a climate dictatorship? – Hasso Hering 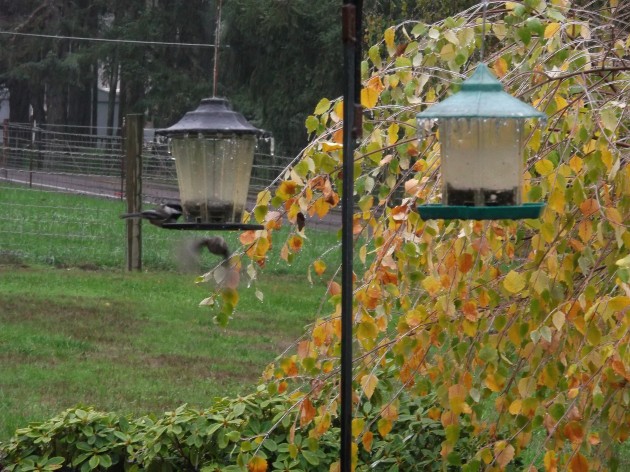 Oblivious to the threat of warming, chickadees dodge icicles to get some seeds.

In Beijing this week, the presidents of China and the United States reached what the press called a historic deal to fight climate change by reducing their countries’ use of fossil fuels. Americans might wonder how such a deal can mean anything at all unless both leaders assume they have similar dictatorial powers, powers that extend far beyond their terms of office.

Under the agreement as reported by CNN, the United States would cut, by 2025, its emissions by up to 28 percent below the level of 2005. China could keep increasing its carbon emissions until 2030 but would also seek to get 20 percent of its energy from zero-emission sources by that same year.

On the face of it, this sounds like a crummy deal for the United States in light of increasing competition from an ever-stronger China. But even if it was a reasonable deal, by what right does Obama seemingly bind his country to something to be done in 2025? How does he commit the country to anything like this without the consent of Congress?

He can’t. As long as sensible Democrats and Republicans control Congress and restrain administration adventures —  which they should start doing — deals like this one mean zip. Congress cannot allow more American jobs to disappear and more workers to be further impoverished in the service of some deal with China or any other nationalistic regime with dictatorial powers.

By making and announcing an agreement like this one, Obama seems to think he has unchecked authority similar to that of the government in Beijing. Instead of proposing actions and seeing if the people’s representatives agree, he is presenting them as things that must and will be done. It’s another example how the politics of climate change — if left to run their course unchecked — could easily wreck what’s left of constitutional government and American liberty itself. (hh)

One response to “Toward a climate dictatorship?”