Too little space for all that stuff 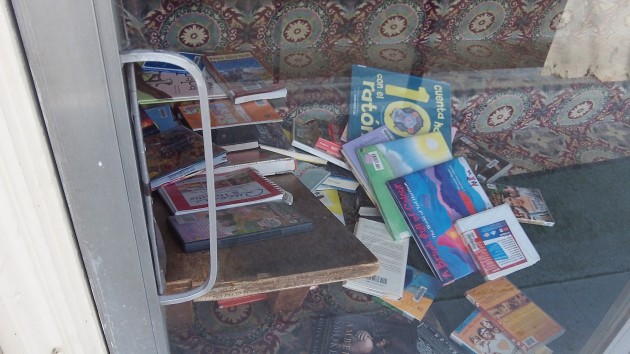 It’s no big deal, obviously, but this may not be the best way to set up a public library’s book return for when the building is closed, especially if the closure extends over a three-day weekend.

The photo illustrates my point. By mid-day Monday, the downtown Carnegie branch of the Albany Public Library had been closed for two days. But its faithful customers had kept right on returning stuff, dropping books and DVDs and such through the slot thoughtfully provided for that purpose in the door.

Pretty soon the space had filled up, and the items most recently returned had no way to slide down the little ramp. That left them within easy reach from the outside, as I took the liberty of demonstrating here: 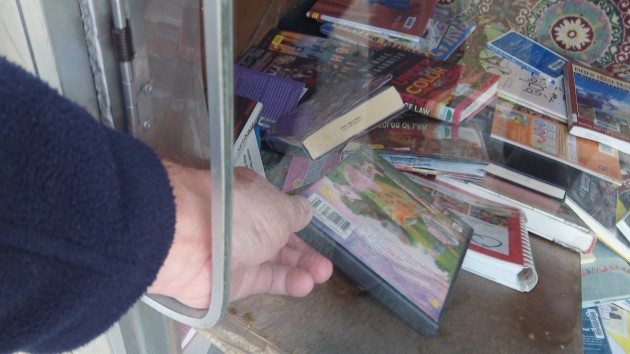 Is this a problem? Probably not, or at least not a big one. But how about a curbside container instead? Kind of like a collection box of the type outside most post offices. Make it big enough, and this little problem would be solved. (hh)