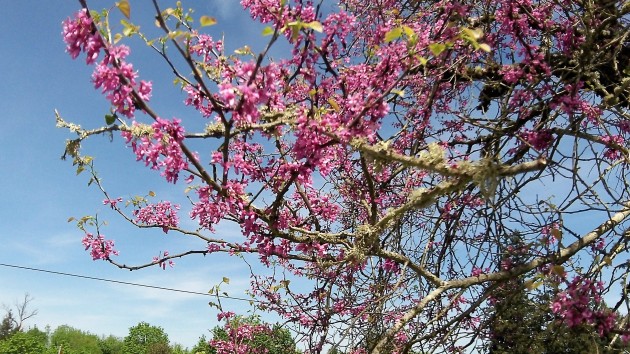 Today’s botany quiz comes without a prize, alas, except for the satisfaction of showing off your knowledge of Oregon trees. The question: See that tree above? Now, what kind of tree is it? (I’ve added a couple of photos, as requested by one commenter. See below.)

This poor, stunted little specimen on Albany’s West Seventh Avenue has been dying for a long time. Every year another batch of branches withers away, becomes brittle and falls off in the next strong breeze.  And yet, every spring the remaining branches and twigs still come up with their dainty pink blossoms and, a short time later, a sparse mantle of leaves.

It is not, I can say with certainty, any kind of flowering fruit tree. Through nearly two decades that I know of, this thing has never borne a single fruit, at least not one you could recognize as such. It does attract hummingbirds, though. So I guess those little pink flowers are good for something.

It would be nice if trees and plants generally came with labels, the way they do, for example, on the courthouse lawn or in botanical gardens. I realize this would not be necessary if I had paid attention when we covered the world of plants in grammar school half a century ago.

Sure, most of us can recognize an oak or a birch or a Douglas fir. But beyond that, many of us are utterly at sea. Which is why so often when we’re faced with a trunk and branches, it’s just a tree to us. (To the police too; you never read a crash report saying that a car had left the roadway, crossed a ditch and hit a beech or an old alder. It’s always just a tree.)

For all I know, today nobody has to learn the names of tree species because there’s probably an app for that. You point your phone at a scene like the one above, touch the screen a couple of times and up pops the Latin along with the common name. Lacking such an app, not to mention the kind of phone on which it might prove useful, I count on someone out there to fill me in. (hh) 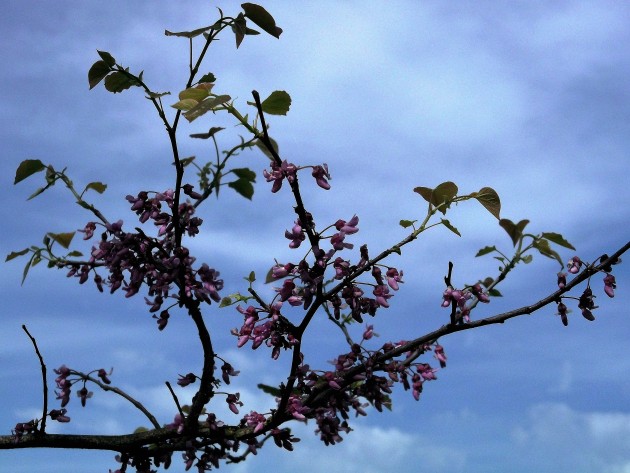 Here’s a different view, as requested below. 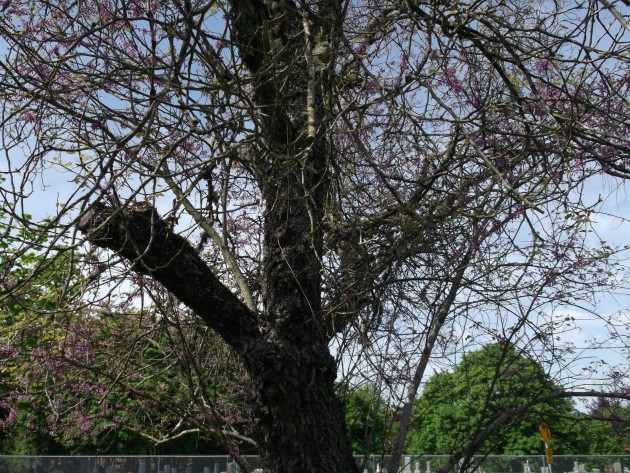 And here’s one of the poor old tree itself, if it helps.