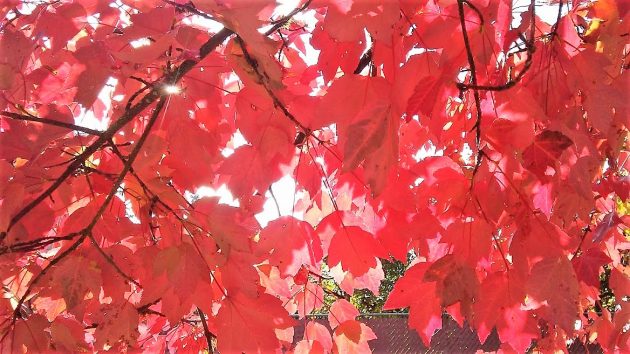 Enjoy the daylight while it lasts (this was Oct. 29). Starting Sunday there will be less at the end of the days.

Another pointless clock change is coming up Sunday, and it made me wonder what’s going on, timewise, in the rest of the world.

China may have the right idea. It does not observe daylight saving time. In fact, that huge country has only one legal time zone. Everybody goes by Beijing time. In the far west, they deal with this by starting the day’s activity, like work or school, at 10 in the morning or later.

Since 1996, the European Union has imposed daylight saving time from March until October. Finland is a member but doesn’t see the benefit. In its northern region the sun never sets in summer, and for a time in winter it never rises regardless of how much they fiddle with their clocks. The country asked for DST to end, so far without result.

This year, though, the EU conducted a survey in all its member nations. Some 4.6 million people expressed an opinion, and 84 percent wanted DST to be scrapped. The president of the European Commission said the change would be made, but it’s still a long way from being done.

In this country, Florida’s legislature voted overwhelmingly this year to keep the state on DST all year. But any deviation from standard time needs the approval of Congress. A bill to grant Florida’s wishes has stalled in committee. So like us in Oregon, people in Florida will turn back their clocks by Sunday.

A majority of Americans, according to various polls reported by CNN and others, seems to be OK with the time changes twice a year. But an outfit called EndDaylightSavingTime.org reports that a poll done for it found 74 percent of the 1,147 respondents wanted to stay on summer time all year.

In Oregon we’ve been warned by ODOT, again, that any disruption of people’s circadian rhythm caused by the time change is likely to cause an increase in drowsy driving, with serious and potentially deadly consequences. That alone, you would think, would cause lawmakers to act. But so far, no luck.

So once again, we’ll have to go around and reset a bunch of clocks, those that aren’t linked to the Internet or remotely controlled by radio waves. This may not be the dumbest thing we have to do, but it comes pretty close. (hh)


9 responses to “Time change: Stuck with a dumb idea”