Till next spring, then … 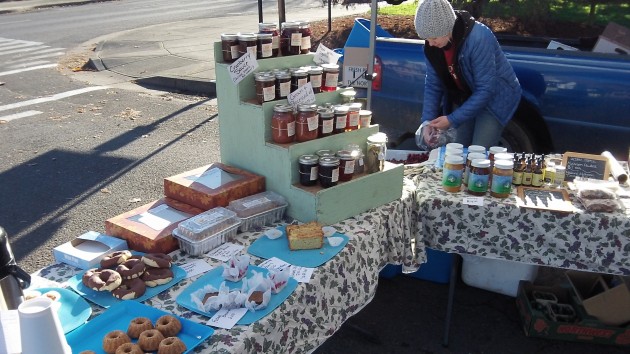 The last day of the 2015 Albany Farmers’ Market was a bit chilly..

Saturdays won’t be the quite same for the next few months without the Albany Farmers’ Market. Today (Nov. 21), a handful of vendors set up for the last of these events during 2015.

They had sunshine and blue skies, but it was also the morning after the first night of subfreezing temperatures in parts of the mid-valley. Not the most ideal conditions for standing around in the breeze and waiting for customers. Hats off to the faithful few who showed up. 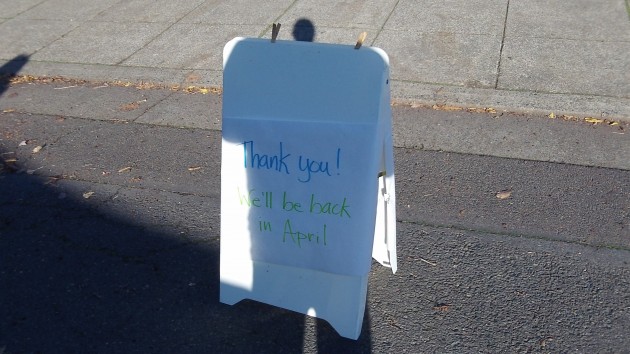 As the sign says, the Albany Farmers’ Market will return in April. That’s something to look forward to as we put up with another winter.

How about a year-round market for local producers to sell directly to customers, either once or twice weekly? It would have to be under a roof. (Perhaps in an unused and vacant former store?)

Admittedly that would squelch the appeal of an open-air market, but it would have the upside of keeping both vendors and customers dry, and perhaps warm as well. Plus, more vendors might show up on a regular and predictable basis, allowing more people to develop a habit of shopping for local stuff. (hh)