Those voltage regulators: Looks were an issue 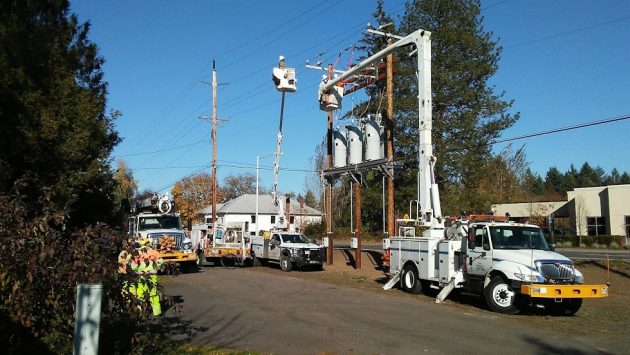 Those three big gray canisters on a scaffold along North Albany Road are voltage regulators Pacific Power has been installing over the last few days.

Back in August, the looks of a similar installation prompted criticism by Mayor Sharon Konopa. But now that they’re up, are people having to divert their gaze lest they be overcome by anguish and chagrin?

The council was briefed about this project on Aug. 14 because the installation would take place on city-owned right of way adjacent to North Albany Road.

“Konopa is concerned about how it will look,” the minutes of that meeting recall. Actually, the mayor called it “one ugly piece of equipment,” and she wondered about putting it elsewhere or having it screened, with trees maybe.

Matthew Ruettgers, development services manager in Albany Public Works, explained that Pacific needed the equipment to properly regulate electric loads in North Albany, and he said this was the best possible location. Presumably electric demand has increased with population and housing growth in North Albany over the last couple of decades.

From the standpoint of reliable electric service, without surges or outages, I’d say Pacific Power has no choice but to install whatever equipment their engineers say is required.

As far as looks are concerned, this bank of regulators is not any more unsightly than the giant steel monopoles the Bonneville Power Administration installed elsewhere in Albany a couple of years ago. Those poles have been there long enough I no longer notice them or the high-tension wires they hold up. Chances are Pacific’s regulators too will become routine parts of the landscape before long. (hh) 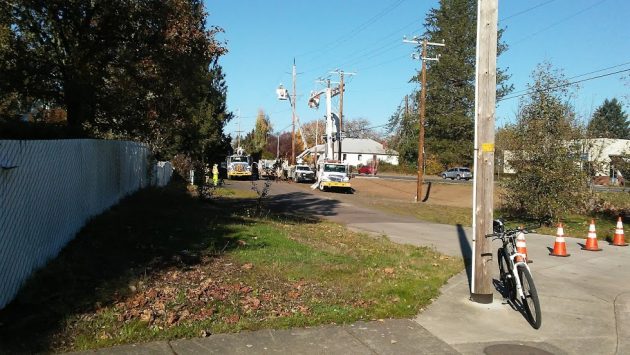 And a wider view from roughly the same angle.


10 responses to “Those voltage regulators: Looks were an issue”