Those street costs would bite 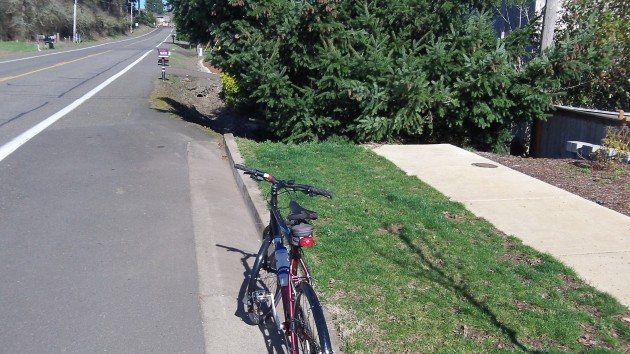 Why extend that dead-end sidewalk when Crocker Lane has wide shoulders?

How’d you like to stretch your finances and buy a new house only to learn some time later that oh, by the way, you’re on the hook for a few thousand bucks in extra street assessments? You might understand the need if the street work did you some good. But not if you already have sidewalks and the extra money the city wants is for a road a block or more away.

This is the situation facing owners of 62 lots in the North Creek subdivision off Crocker Lane in North Albany. The city of Albany wants to rebuild Crocker Lane to city standards and also construct a path along nearby Valley View Drive. It intends to assess the costs, estimated to total $1.7 million, against 192 lots, including 62 in North Creek and 113 others still undeveloped. On all or most of these properties the city holds waivers by the original developers saying that the eventual owners would not block the formation of an assessment district.

The city has sent letters to affected property owners, and the recipients I’ve heard from are not amused. They were unaware of those “waivers of remonstrance” signed when their neighborhood was subdivided. Maybe they weren’t told of the waivers when they bought their houses, or maybe they were and have forgotten. Either way, the prospect of street assessments that could reach $9,000 or more is decidedly unsettling. The monthly payments could be about $100 for 10 years. (The per-lot assessments and thus the payments could also be lower if the city kicks in some money from street reserves.)

The city council will hold a public hearing on March 11 on whether to go ahead and form the Crocker Lane and Valley View Drive Local Improvement District, and my suggestion to the property owners affected is to attend and speak out.

I’ve written about this project before, and I maintain that it is not necessary. It amounts to turning Crocker Lane from a very serviceable county road into a city thoroughfare with bike lanes and sidewalks on both sides. But the road works well the way it is, and traffic is not likely to get much heavier than it is now. The wide shoulders, deserted and unused most of the day, serve walkers and the occasional cyclist without any problem at all.

Crocker looks like a rural road and works that way, but so what? That’s exactly the atmosphere that many people in that part of North Albany would like to keep. (hh) 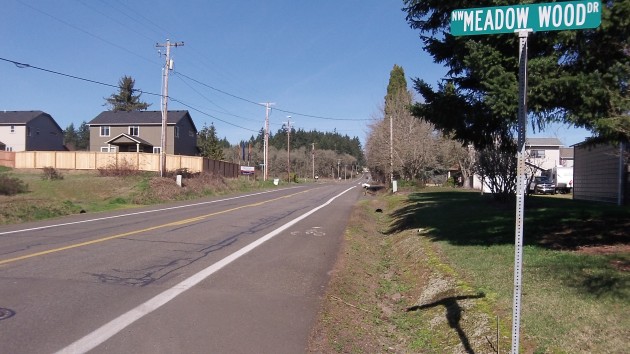 Crocker would be “improved” from this point north.

One response to “Those street costs would bite”