This store chain likes to expand 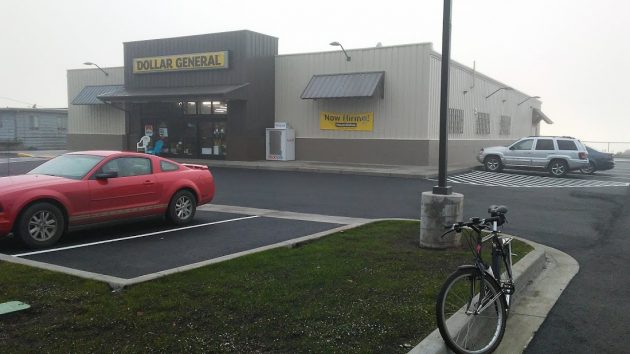 One of the latest additions in the nationwide chain, in Yachats, on a foggy afternoon last week.

Every time you turn around in Oregon now, a new little “Dollar General” store pops up. This one in Yachats appeared within the past few months, about the same time as other outlets in the chain opened in Philomath and Waldport.

I had never heard of this company until I started seeing signs with its name at construction sites a year or two ago. Which is a little surprising, considering that various papers (the Stayton Mail, the Portland Journal of Commerce and the Corvallis Gazette-Times among others, probably) had printed stories about Dollar General’s expansion in Oregon over the last year.

From what I could tell, the stores feature a wide variety of household goods and a limited selection of food items too. They’re nothing like a supermarket, but they’re bigger than your average convenience store.

This chain of variety stores has its headquarters in Goodlettsville, Tenn., population about 17,000. The company seems to favor small towns. In Oregon it now has stores in more than two dozen cities from Brookings to Winston and, as I said, Yachats, population about 800 when the tourists are gone. In the mid-valley, Jefferson has a relatively new Dollar General, and so do Sweet Home and Mill City.

Chances are there will be others. CNN Money had a report last December that Dollar General, with about 14,000 stores in 44 or 45 states, planned to open another 900 in 2018. If they asked me for suggestions, which they won’t, I’d suggest that they build one in Tangent and another one in Millersburg. It would save residents there a bit of driving. (hh) 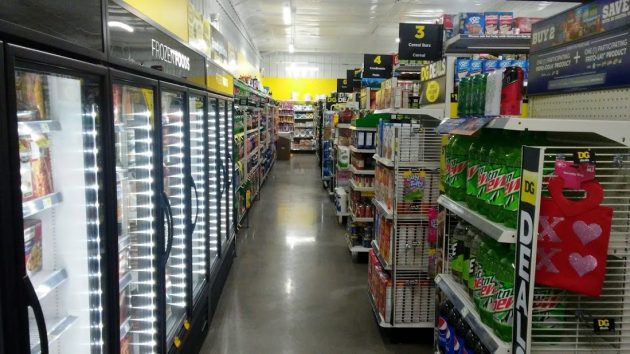 Lots of stuff lines the aisles of the new Dollar General in Yachats.


10 responses to “This store chain likes to expand”