This particular eyesore is gone 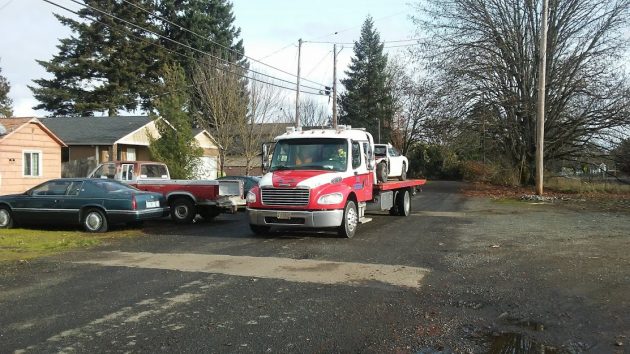 AA Towing’s rig takes off with the derelict Nissan that had been abandoned on railroad property, right, at Second Avenue and Chicago Street.

Checking on the status of an abandoned car on Wednesday, I rounded the corner of Second and Chicago in Albany just as a tow truck was taking off with the wreck on its bed.

AA Towing had been engaged to get rid of this former automobile, a pile of junk that was a blot on the neighborhood for months.

I had written about this example of urban blight in October after calling it to the attention of Albany code enforcement. Then last week I learned that a community service officer with the Albany police had talked with the Portland & Western Railroad, on whose property the thing had been dumped. The railroad posted a notice that it would have the car towed.

What I saw Wednesday — AA Towing hauling the thing off — evidently was the result.

I assume the railroad is stuck with the expense of this cleanup operation. But as I understand it, when junk cars are dumped and eventually have to be towed to a police impound yard, what usually happens is that the tow company will go through the DMV to obtain the name of the vehicle’s last registered owner. Then that person gets the bill even if he hasn’t owned the vehicle for years.

That’s why its useful, when you sell a used vehicle to a private party, to notify the DMV that you are no longer the owner so that your name gets taken off the registration.

Thanks to the city, the P&W, and AA Towing for getting this eyesore out of the Willamette Neighborhood’s sight. (hh) 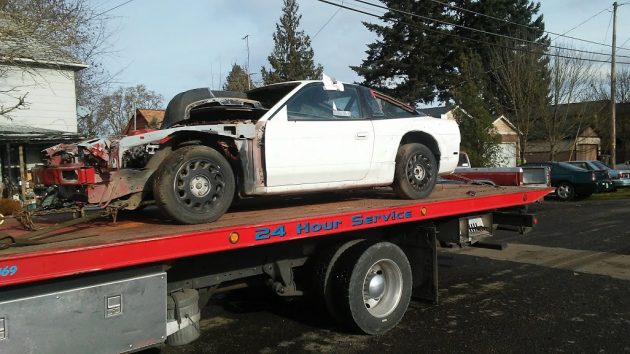 On its way to an impound yard, a scrap of the tow notice still attached to the window.


4 responses to “This particular eyesore is gone”