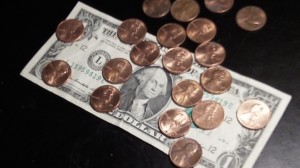 Will Lincoln and Washington one day disappear from our currency the way they have been wiped off the calendar?

There’s no school Monday, and the day is a holiday for some in other parts of the public sector too. What’s the occasion? Presidents Day. What is that anyway?

When it was launched about a generation ago, it was supposed to replace Lincoln’s and Washington’s birthdays. But if we had been serious about that, we would have called it Lincoln-Washington Day. Then young people would have had a clue. As it is, what are they supposed to think? “We don’t have school today because we have a president”?

Some people spell it President’s Day, as though it belongs to Obama. In the advertising end of commerce, we are regaled with Presidents Day Sales. They could call them mid-February sales just as well. Business depends on sales, so trying to drum up sales is always a good idea, no matter what it’s called. But we’ve lost something when we erased Lincoln and Washington from the vocabulary of February days.

And now, the Great Emancipator faces yet another indignity as there’s a push to get rid of the penny. Minting a penny apparently costs far more than the little coin is worth, and various economists are urging Congress to abolish it. What about Washington, then? Efforts to replace Washington’s portrait with one-dollar coins have failed, obviously. But the value of the dollar keeps shrinking too. So maybe Washington’s face will one day disappear from daily life the way Lincoln’s may, and the way both their birthdays have been replaced on the calendar this month with a fake holiday that has no connection to our country’s history at all. (hh)