Thinking of bike tax on a New Year’s ride 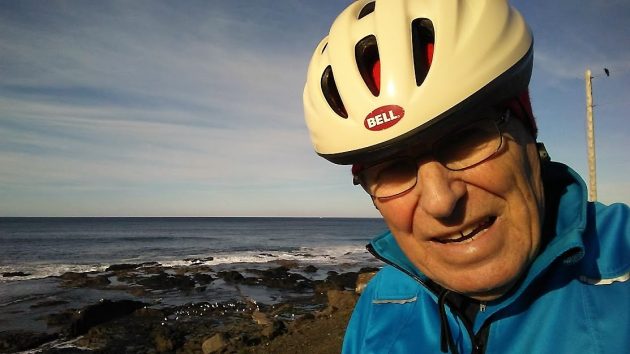 You can tell I’m thinking of bike taxes, right?

Riding along the Oregon coast at the beginning of 2019, the old idea of bike taxation kept turning in my head despite the sunny brilliance of the day.

Somebody had asked me about this on Facebook the other day. Did I think, he wanted to know, that bicyclists should pay a tax to help pay for the part of the road system they use. Yes, I replied, to the same extent that we tax people on foot for using sidewalks and crosswalks set aside for them.

Oregon legislators did enact a special bike tax that took effect at the beginning of 2018. How has that been going, I wondered, so I asked Joy Krawczyk, the communications operations manager of the state Department of Revenue.

Through the first quarter of 2018, the state had collected $489,000 from this tax, she told me. The cost of collecting this amount was about $110,000, including $66,000 in one-time startup costs. The department expects the continuing administrative costs to drop below the monthly average so far.

The tax is $15 per new bike that meets certain characteristics, which basically excludes bikes for little kids but covers everything else. Arithmetic tells us that based on the amount collected, the tax was imposed on the sale of 32,600 bikes over the first nine months of last year. At that pace, Oregonians buy around 43,000 bikes a year.

The money is supposed to help pay for things like bike paths. But it’s a drop in the bucket. A single bike path like the long-planned Albany-Corvallis path along Highway 20 will cost millions if it ever gets built, which considering the drawn-out planning process now seems kind of doubtful.

As for my ride on New Year’s Day, no tax was involved at all. I was using a Specialized mountain bike that is now almost 30 years old. If and when I have to replace it, I’ll be glad to pay the extra 15 bucks. But despite the rusty spots on its steel frame, it’s still a comfortable ride. So the state will probably not get any bike-related revenue from me any time soon.

The DMV and ODOT do get the always-rising registration and license fees from motor vehicles we own. When I’m on the bike, my truck is causing no wear on the roads at all. So even without a bike tax from me, seems like the state is way ahead of the game. (hh) 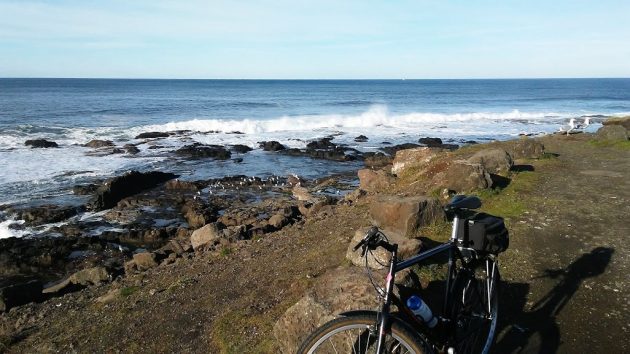 The bike is way too old for the new tax, but the view seems kind of priceless, no?