The transformation of N. Albany 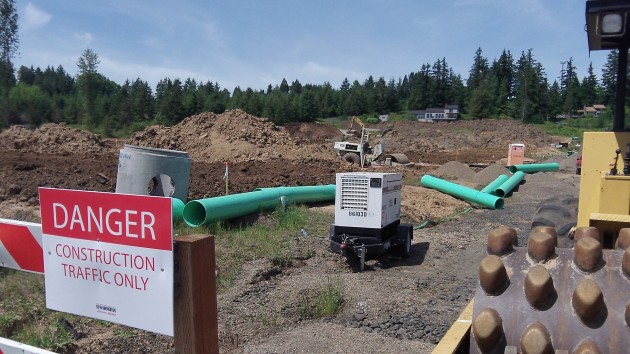 This looks like exactly what it is, a big construction site on what used to be an undeveloped North Albany hillside. They are putting in streets and utilities for 71 single-family houses in Phase III of the Benton Woods Subdivision. So the transformation of North Albany continues. What used to be a rural residential area with fields and woodlands is being turned into pavement, houses and patches of bark mulch or lawn. 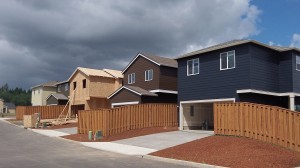 North Albany within the urban growth boundary was annexed in June 1991, and once the city of Albany had sewer mains installed in much of the area, numerous subdivisions were platted and the transformation into a suburb took off.

The road system still functions but will have to be improved or expanded sooner or later. A segment of North Albany Road, the major access route, is to be redone in 2015. Gibson Hill Road will get a separate sidewalk at the same time, but what it needs just as much are center lanes where residents must make left turns to get back home. 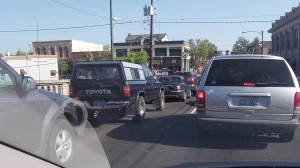 On the Ellsworth Street bridge on a recent afternoon.

One choke point the city can’t do anything about is the good old Ellsworth Street bridge, dating from 1925, where traffic into Albany from the north and west now routinely backs up on weekday afternoons.

Transportation planners broached the idea of another Willamette River bridge farther to the east, opposite Millersburg, some years ago but didn’t get very far. And as far as anyone knows, no one is seriously thinking of it now.

Meanwhile, though, the building of houses north of the river continues. The people living in them will need to drive to and from their jobs, and if those jobs are across the river, worsening traffic jams are going to be the inevitable result. (hh)

3 responses to “The transformation of N. Albany”