The timing of cooling centers 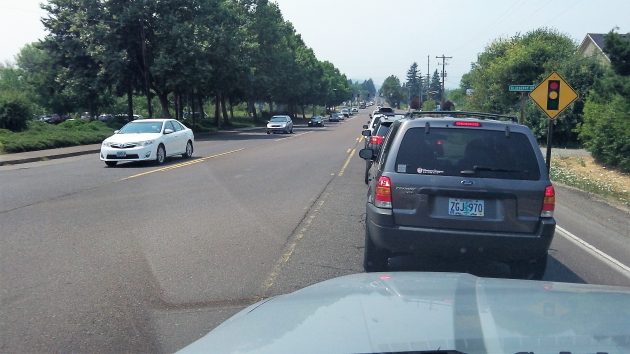 Long line of vehicles leaving the valley westward as the temperature climbed toward 100 Wednesday.

If the hottest time of a very hot day comes around 5 p.m., what good are “cooling centers” that close at 4? That’s what I’m wondering after reading the latest heat-related press release from the Benton County Sheriff’s Office.

The office put out a statement with an updated list of cooling centers open to the public. It also warned of the dire consequences of heat exhaustion and said: “Today’s high is expected to reach 109 by 5 p.m.”

The list of cooling centers included some that were open into the evening, including Helping Hands shelter and the Salvation Army in Albany and the Community Outreach Center in Corvallis. But it also listed some that would be open only till 4, including the Albany and Lebanon senior centers and the Bonaventure retirement community in North Albany.

Chances are the stated hours are not being strictly observed. It’s hard to imagine a senior center sending people out into the harsh outdoors just as the unbearable heat reaches its sizzling worst. (hh)

8 responses to “The timing of cooling centers”