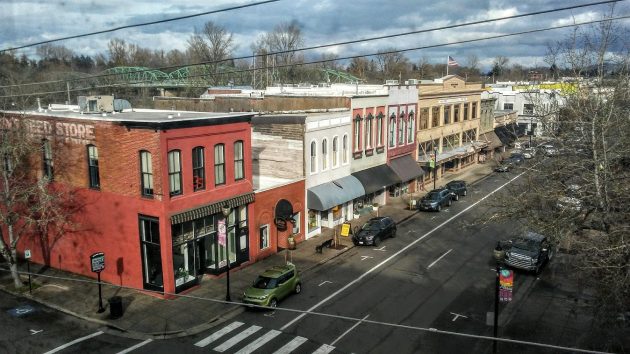 Looking northeast across First Avenue from the top floor of the St. Francis building on Feb. 20.

From the fourth floor of the old St. Francis Hotel, you have a fine view of downtown Albany and beyond. You could see even farther from the roof.

Whether anybody gets to be up there in years to come — in an apartment or maybe a roof garden — depends on the building still being there. And that in turn depends pretty much on whether somebody goes to the trouble to save it. Without major work, this 1915 building will eventually come down, either through demolition or on its own.

Saving the building is the goal of Marc Manley, who with his wife renovated the nearby Flinn Block a few years ago and still owns it. He and others have been working on plans to redevelop the St. Francis for more than a year. Last week he led me on the tour of the place.

The ground floor and basement remain the domain of Pride Printing, which has owned the property since the 1960s. The property includes the Rhodes building next door, part of the former hotel. The upper floors of both have been mostly vacant and abandoned for decades, and they show it.

It takes an optimist, or an expert like Manley who has done this before, to see the potential. The place is a mess. Broken windows. Falling plaster. Crumbling bricks and mortar in the south and west walls, where the weather hits. Water coming through the roof.

In the rooms, everywhere there’s evidence of mice. Manley insists we wear N95 facemasks and plastic booties, which we carefully discard when our tour is done.

The infestation of vermin is one of the barriers that must be completely removed and the building sanitized before residential redevelopment can be considered. Another is the utility infrastructure. Power, water and sewer utilities will have to be replaced and modernized before the upper floors can once again be used. The idea is to convert the hotel rooms to about two dozen “market rate” apartments.

Overcoming the barriers to redevelopment would cost around $2.5 million, according to Manley. He’s looking to CARA, the downtown urban renewal program, to cover that cost.

If that hurdle is overcome, Manley envisions turning the present print shop quarters into several spaces for retail or restaurant uses first. Once the ground floor has been revived, redevelopment of the upper floors would follow.

The overall redevelopment has been estimated to cost up to $11 million, most of which would have to come from private investors or historic-preservation grants or who knows what other source.

Manley talked to the CARA board in January. In a month or two he expects to come back with a detailed request. (hh) 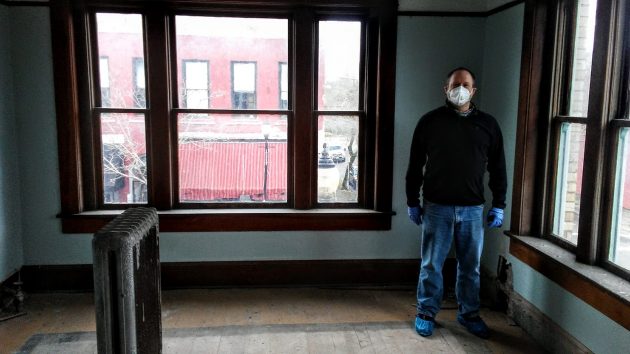 Marc Manley has been working on plans to redevelop the St. Francis. 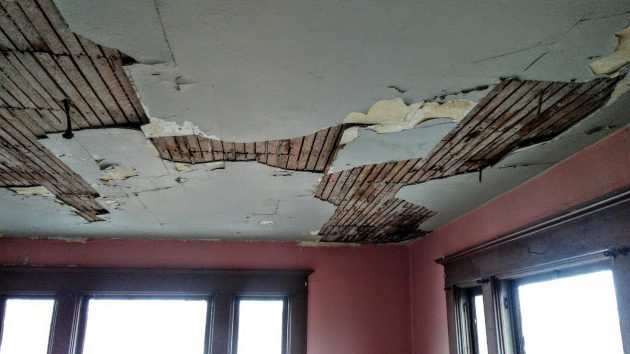 The ceiling in one of the upstairs rooms.


11 responses to “The St. Francis project: Taking a look”